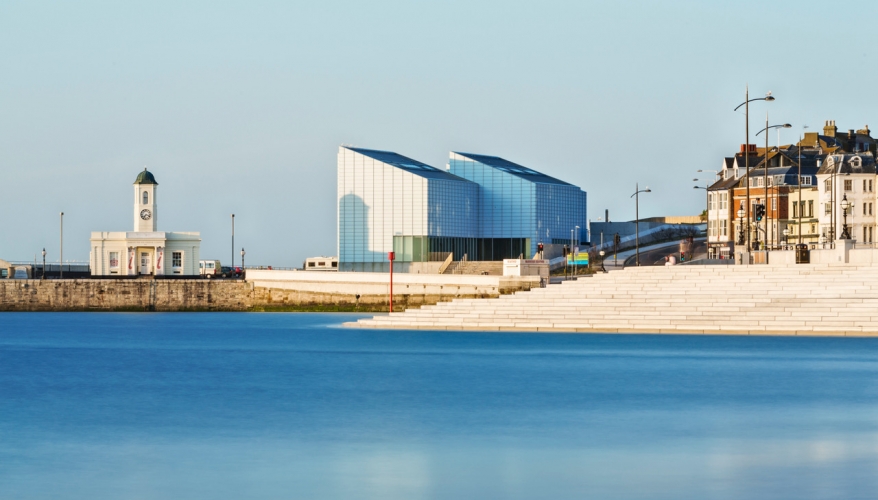 The Tate St Ives art gallery in Cornwall, south-west England, reopens last week after a major renovation and extension. The gallery celebrates the rich history of modern art in the coastal town, and is just one of the places in Britain where visitors can explore and enjoy contemporary art. Here we round up some of the other best towns and cities offering cutting-edge galleries and exhibitions.

‘Tate of the North’, Tate Liverpool is housed in a disused warehouse at the city’s historic Albert Dock. The gallery opened in May 1988 and 20 years later, when Liverpool was crowned European City of Culture 2008, it hosted the Turner Prize, the first time the prize had left London.

The city also hosts the largest contemporary art festival in Britain, Liverpool Biennial, which takes over the city for ten weeks every two years. It’s a chance to head out on an arty treasure hunt through the city and discover unusual and unexpected places through art. The festival attracts more than 600,000 visitors each time, and will run again in 2018.

FACT (Foundation for Art and Creative Technology) is a leading media arts centre, based in the centre of Liverpool, which offers a programme of exhibitions, film and participant-led art projects. The award-winning FACT building is home to three galleries, showing four exhibitions per year.

Getting there: Liverpool is just over two hours from London by train.

Since spreading its wings in February 1998, artist Antony Gormley’s The Angel of the North has become one of the most talked about pieces of public art ever produced. Rising 20 metres from the earth near the A1 road in Gateshead, the Angel dominates the skyline, dwarfing anyone who comes to see it. It’s a warm welcome to a buzzing, modern city, whose art scene always offers something new; you’re spoilt for choice with exhibitions.

The BALTIC Centre for Contemporary Art is housed in what was formerly a flour mill in Gateshead, and was the first non-Tate venue outside of London to host the Turner Prize in 2011. It’s regularly home to exhibitions from leading contemporary artists such as Damien Hirst and Yoko Ono. Baltic 39 is an outpost of the larger venue, situated in the middle of Newcastle.

If you’re interested in a very different kind of gallery, there’s also the Ouseburn Valley to the east of the Newcastle Quayside and a ten-minute walk from the centre of the city. It is home to lots of galleries, from the big - The Biscuit Factory, Britain’s largest independent art gallery - to the small, which have their spotlight at the annual Ouseburn Open Studios event. The weekend event, held every November, allows artists to open up their studios to the public, who in turn can buy or commission work.

Getting there: Newcastle is a three-hour train journey from London.

The Custard Factory is an assortment of lovingly restored, 100-year-old factories - built by Sir Alfred Bird, the inventor of ready-made custard - that have been transformed into a pioneering arts and media quarter in the heart of Birmingham’s city centre. Many artists are based in its Scott House and the whole complex is home to a community of more than 500 artists and small enterprises, studios, theatre, cafés, antique shops, dance studios, art galleries, restaurants and bars; all creating a flourishing arts quarter. Housed in a neo-gothic former school, Ikon is a free, highly acclaimed contemporary art gallery, in central Birmingham.

For something different head to Eastside Projects, one of the city’s most exciting artistic spaces. Run by artists and based in a former cabinet maker’s warehouse, the gallery runs four or five free exhibitions each year.

Getting there: Birmingham is less than 90 minutes by train from London.

Glasgow School of Art is where you’ll find many of the artists of tomorrow experimenting and exhibiting. Despite a fire which damaged its Charles Rennie Mackintosh-designed building in 2014, the school is still going strong. Take a tour hosted by some of the students and hear about its past and present with infectious enthusiasm.

Another place definitely worth checking out is the Tramway, which hosted the Turner Prize in 2015, and which commissions, produces and presents contemporary arts projects.

Getting there: Glasgow is four-and-a-half hours by train from London or an hour from Edinburgh.

The Welsh capital is home to Artes Mundi, which takes place over 12 weeks at the National Museum of Art every two years. Established in 2003, Artes Mundi supports groundbreaking contemporary visual artists from around the world who compete for £40,000, one of the largest cash prizes up for grabs in the art world. It will run next in 2018. Head to Chapter, a multi-artform cultural space where Cardiff’s art lovers and creators tend to gather. The centre produces and presents international and Welsh art, performances and film, and is an Artes Mundi venue too. If it’s Welsh and Wales-based artists you want to explore, the Martin Tinney Gallery exhibits work by the most important living Welsh artists, or else there’s Craft in the Bay in Cardiff Bay, where you can buy contemporary crafts made by the members of the Makers Guild in Wales, from jewellery to bookbinding. Also in the capital is The Albany Gallery. One of the longest-established private galleries in Wales, the monthly exhibition programme of leading Welsh and British artists provides a showcase for solo and mixed exhibitions in a variety of media.

Getting there: Cardiff is two hours by train from London.

Belfast is a city that’s undergone a real transformation of late, and part of the change took place when the MAC landed in 2012. This arts venue, situated next to some fab restaurants in the hip Cathedral Quarter, is fun, funky and should be a must for fun-loving, art-loving people visiting the city. MAC launched its own art prize, the MAC International, which runs as an exhibition across all three of MAC’s galleries in the autumn, and comprises sculpture, painting, photography, film, installation and performance. The MAC
is also home to a lovely canteen and café.

Ever seen a 10 metre salmon? The Big Fish by John Kindness is one of the more unusual sights in the city - you can see it close to the water at Donegall Quay.

The beautiful northern English county of Yorkshire, known as ‘God’s own country’, has some truly divine art to keep culture vultures busy - especially those who love sculpture. The Yorkshire Sculpture Park displays modern and contemporary art inspired by the natural beauty of the Bretton Estate. And what natural beauty! The region is so picturesque it’s an artwork in itself, though valuable Henry Moore, Andy Goldsworthy, Elisabeth Frink and James Turrell works add to the aesthetic allure!

Making up the Yorkshire Sculpture Triangle are the Park, The Henry Moore Institute, The Leeds Art Gallery and The Hepworth Wakefield, which are all within 30 minutes travel of each other. The latter is a real gem for contemporary art fans who want to see their art somewhere unusual. It is sited where the famous British sculptor Barbara Hepworth lived.
Architecturally striking - it was designed by David Chipperfield - it’s almost as interesting to look at as to look in, though the collections span the 16th century to the present day and include works by Henry Moore, David Hockney, Jacob Epstein, LS Lowry and many more.

Getting there: The nearest train station to Yorkshire Sculpture Park is Wakefield Westgate, around a two-hour journey from London.

A former holiday resort of choice among Brits, Margate is back in the spotlight thanks to the Turner Contemporary. The gallery was designed by David Chipperfield Architects and opened on the beachfront in 2011. Named after the famous British artist JMW Turner, who was a frequent visitor to Margate, the gallery has had rave reviews since it opened,
and hosted great exhibitions such as Tracey Emin’s - a Margate native. Meanwhile, it’s not contemporary, but the Shell Grotto is a network of tunnels adorned with mosaics made entirely from sea shells.

Getting there: Margate is less than two hours’ train journey from London. 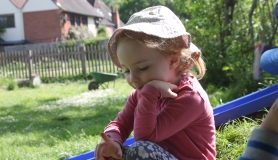 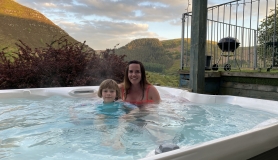 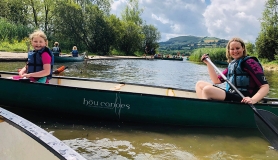 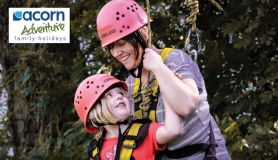 Win an adventure holiday for your family

Acorn Adventure is offering you the chance to win an action-packed, fun filled Family Adventure Holiday in the Brecon Beacons for up to 5 people!