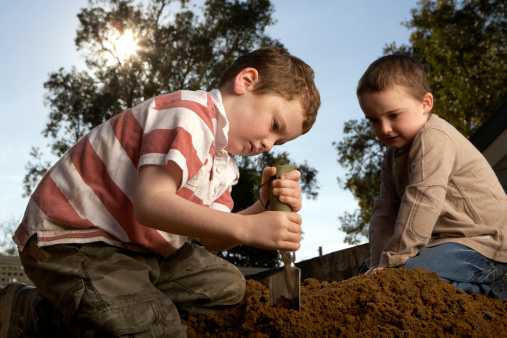 Launched on 22nd April 1970, Earth Day is an annual global call to arms to save our planet. With a focus on education, the day aims to raise awareness of the problems facing our world and what we can do about them. When Rachel Carson published Silent Spring in 1962, it was a watershed moment for the modern environmental movement. Before that, there was a distinct lack of interest and engagement with the reality of pollution and how it was harming our planet, as massive industry enjoyed the spoils of success.

Silent Spring drew the world’s attention to the damage being done to the environment on a terrifying scale; the book was a bestseller and is now recognised as one of the most influential reads of the twentieth century. On the back of the book’s success, a US senator from Wisconsin called Gaylord Nelson was inspired to bring environmental protection onto the national political agenda and Earth Day was founded. 1970 was a time of anti-war protests as people railed against the futility of the war in Vietnam, and Nelson knew that the energy of protest could be galvanised into positive action to protect the planet. On 22nd April 1970, 20 million Americans took to the streets in demonstrations for a clean, green future: groups that had been fighting against oil spills, polluting factories and power plants, raw sewage, toxic dumps, pesticides, freeways, the loss of wilderness, and the extinction of wildlife all coming together to challenge the status quo.

Fast forward 44 years, and Earth Day is now celebrated in 192 countries and the theme this year is Green Cities. Around half the world’s populations now live in cities and as countryside migration continues and the effects of climate change worsen, cities need to evolve to solve the climate crisis. The focus is on Energy, Green Buildings and Transportation. Most of the world relies on outdated electric generation systems that are inefficient and dirty – the aim is to support the transition to renewable energy sources. Buildings account for nearly one third of global greenhouse gas emissions and transport is the fastest growing source of emissions, three quarters of which come from road vehicles.

The aim of the Green Cities campaign is to educate the public about each of these three elements and inspire people to take action by signing petitions, sending letters, and organizing events. The Earth Day Network will also work with partners in strategically placed cities and towns to organize grassroots efforts to improve local codes, ordinances, and policies that will help cities become model green cities.
What can you do to green up your city? Here are 10 ways to make a difference, on Earth Day and every day:

1. Sign up for the Green Cities newsletter here to receive regular updates on campaigns and activities.

2. Demand renewable energy targets by downloading the sample letter to send to your government here.

3. Join the Bike Share movement – if you don’t already have this great scheme in your town or city, contact your local mayor or government official and demand it!

4. Cycle or walk as much as you can and get to know your local environment. If you’re taking a longer journey, opt for the train or bus.

5. Support fuel efficiency – higher vehicle efficiency standards are possible, but public support is vital to encourage governments to implement the requirements. Download a sample letter here.
6. Support solar energy by getting solar panels installed, finding out more about solar energy and contacting your local government to improve the ‘solar permitting process’ which can seriously limit the growth of the industry.

7. Promote energy efficiency in towns and cities by writing to the government and urging them to address our antiquated electricity system in favour of renewable energy. You can find a sample letter here.

8. Demand an international ban on coal by telling your government to act to prevent the building of new coal power plants in China and India, destined to lock in high greenhouse gas emissions for the next 50 years.

9. Reduce waste by asking your local supermarket to use less packaging; buying only what you need and investing in a composting system – if you don’t have any outdoor space look into a wormery for composting food waste.

10. Get gardening: bag an allotment, practise some guerrilla gardening, plant your own on the windowsill, or start a community garden. To create green cities we need to engage communities and work together, so share your ideas and inspirations with those around you.

When celebrating Earth Day it’s worth remembering Ovid’s quote: “Dripping water hollows out a stone, not through force but through persistence”. We can change the world for the better and we can create clean, green, beautiful cities for our children and grandchildren to inherit – it’s all about persistence. 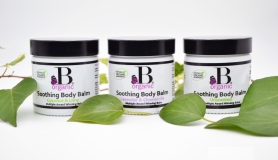 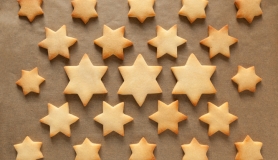 We talk with Cathryn Dresser, author and mother of two about cooking with children 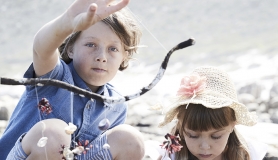 These charming (and super easy to make) mobiles, made from foraged shells and natural finds will give their young creators’ such pleasure long after they’ve been made. 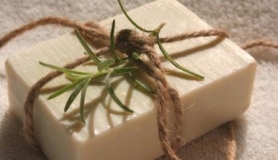 Make your own soap

Handmade soap makes a gorgeous gift so why not try this simple recipe to find out how to make your own at home. Emma Heathcote Jones has put together a selection of ideas to help you get the most out of your potion making experience.