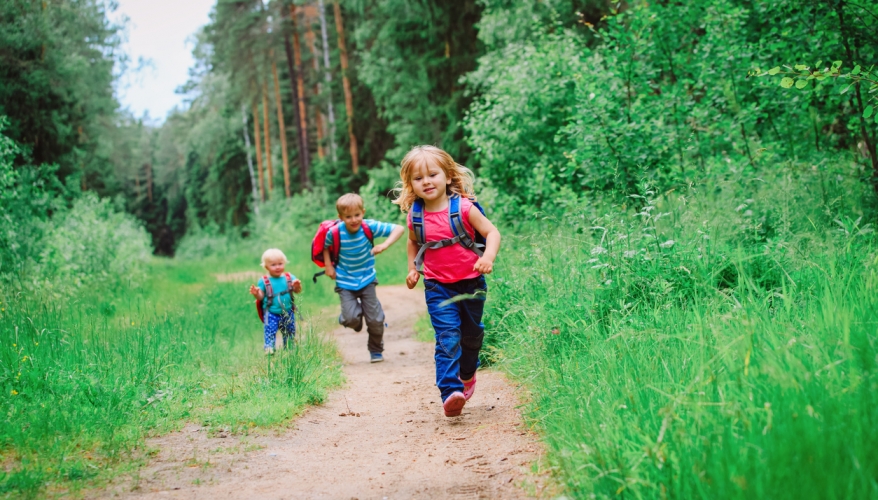 Wild camping is perhaps the ultimate elemental experience. Here are some of our favourite spots to go off-the-beaten-tracks in the Lake District

Nothing can compare with watching the sunset from a mountain summit as dusk settles over the land, and the stars appear. The following morning’s sunrise may be spectacular, the valleys below filled with mist, gradually dissolving to reveal a lake or perhaps a patchwork of fields and homes.

Wild camping is usually tolerated in the higher fells of the Lakes, and you can find guidelines on the National Park website at nationalparks.gov. uk. In other areas you must use your discretion, but the best advice is to arrive late and leave early, remain invisible and leave no trace. Light no fires. For the ultimate lightweight experience, invest in an adventure “tarp” or a “bivvy bag”, which allows you to see the stars and is less likely to offend the early-rising farmer. If you want to avoid shivering all night, bring a sleeping bag designed for lower temperatures, and an insulating ground mat.

Alternatively seek out one of the “wilder” campsites. These tend to have basic facilities but wonderful locations, though most won’t take booking so you may need to turn up early. There are also some Scottish-style “bothy” locations and bunk barn or camping barn locations, which offer basic, dry accommodation. Some are in high wild places for anyone to use. Other you need to book and pay for, and might be as simple as a sleeping platform with cold water taps.

Holme Fell and lake, Hodge Close, Coniston Holme Fell is a lovely, low, family-friendly fell (317m) with a heather-clad top and views down over Coniston Water. You’re likely to have it all to yourself and it makes a good spot to try some discreet wild camping. Half way up is one of our favourite little lakes, an old reservoir used for the mines below. It’s deep enough to dive in from the old dam wall, and small enough that it warms up nicely in the sunshine. Seek out Parrock Quarry afterward – it’s like descending into a tropical jungle and the path leads to caves. From the corner of Hodge Close quarry (signed from the Coniston road, A593), a path leads up through woods to old mine ruins 300m. Keep climbing on the upward path (don’t bear R along the wall path) and you reach the lake after 300m more. 15 mins.

Sprinkling Tarn, Rosthwaite This is one of the best high level tarns in the Lakes. It sits at 600m in the shadow of Scafell Pike, and has an island for jumps and dives and is excellent swimming. The sunsets from here are amazing. Styhead Tarn is also close. This is a true wild camp, suitable for older children. You will need a map and warm gear. Approach from Seathwaite to the north, (signed from CA12 5XH) or Great Lang dale to the south east (LA22 9JY car park at Old Dungeon Ghyll Hotel, dip in Angle Tarn on the way). 120 mins.

Blea Beck Dams & mine ruins, Wharfedale Explore the bleak ruins of long-gone lead and baryte mines, with flue tunnels and a great chimney standing in the moor. The chimney drew the lead fumes through the flue from Marrick Cupola smelt mill. Seek out one of the three remote wild lakes up here - they warm up nicely under the summer sun. It’s exposed, so best on a day which isn’t too windy. From Grassington take the dead-end lane to Yarnbury (BD23 5EQ) where there’s a signboard about the Grassington lead mines. Turn right across the cattle grid up and into the ruined mine area. 20 mins.

Littondale and Pen-y-Ghent Littondale is the secret valley of the Yorkshire Dales. Here you’ll find Scoska Cave, set amid ancient settlements and woods, and some fine local food at pubs at Arncliffe and Litton. Also seek out Hesleden Beck waterfalls - a very secluded set of pools and falls under Pen-y-Ghent. You won’t meet another soul. From the Queen’s Arms in Litton (rough stone walls and original slate floors and beams - BD23 5QJ, 01756 770096) continue on up to Halton Gill, and then up the steep lane, on the southern flank of Pen-y-Ghent, to find several places where a campervan could pull over with views down the valley. As back up try Ellergill Barn, an award-winning bunk barn which sleeps up to 12 (01226 383475) or Halton Gill bunk barn, also near by (01730 893415).

Gordale Scar campsite, Malham Nowhere shows the power and history of glaciation better than Gordale Scar. After the last Ice Age, 15,000 years ago, huge glaciers scoured back the soil to reveal bare limestone pavement. As the ice began to melt, the rivers torrent was carving a gorge and great underground cavern, which eventually collapsed to produce the open chasm waterfall we have today. You can camp just below it in a wonderful meadow. Downstream is Janet’s Foss, a beautiful waterfall for swimming. Telephone bookings only; 01729-830333 and leave a message for Malcom Wilson. BD23 4DL.

Hoathwaite Camping, Coniston Simple National Trust campsite with basic facilities (loos and showers in the barn) near the Coniston shore, and one of the best beaches on Coniston. There are some beautiful teepees and yurts too, which can be booked separately. Hoathwaite Farm, Torver, Coniston, LA21 8AX, 0153 94 32733. Open Easter to September. Glamping via wildinstyle.co.uk, 07909 446381.

Side Farm Campsite, Patterdale Spectacularly scenic site at the southern end of Ullswater, with views of the Helvellyn fells. Basic toilets and shower facilities, plus an onsite tearoom for cuppas and cake. Bring a canoe for watery adventures on the lake. There’s also an interesting mine and cavern just above the campsite, above the scree/ tailings slope. Patterdale, CA11 0NP, 01768 482337.

Holme Wood Bothy, Loweswater This little stone bothy has a magical setting in the woods beside Loweswater, a remote lake for swimming and with wooden row boats to hire from the farm. There is a gas cooker, compost toilet and shower. Sleeps up to 10. Access is via Watergate Farm. Book via nationaltrust.org.uk or 01539 432733.

Dubs Hut and Green Crag High up above Buttermere are two bothy huts. Dub’s Hut was originally a slate-quarryman’s shelter under the quarry spoil heap. With a stunning mountain backdrop, it’s now cared for by the Galloping Horse Mountaineering Club and is an open-access bothy. No fireplace, but some sleeping platforms. Walk over from Honister Pass or up Gatesgarth Farm car park near Buttermere. Not far away, on the opposite side of the valley, and well camouflaged, is Green Crag Quarry bothy the tiny stone bothy at Warnscale Beck, overlooking the Buttermere valley. Originally built for quarrymen in 1860. Very basic, but with a fireplace. On the south side of Warnscale Beck.

Parkamoor & Dodgson Wood You step back a century when you stay at Parkamoor Cottage, set on the fell overlooking Coniston. With an outdoor compost loo, only a handpump for water and no electricity, it’s back to basics, though there is a woodburning range, flagstone floors and three bedrooms. Access by 4x4 from the farm (they will give you a lift when you arrive). There is also an off-grid camping barn in the ancient woods below or an exclusive camping clearing for 25. The SSSI farm has been in the same family for six generations and their conservation efforts have ensured that nature in all its glory reigns here. Farm shop sells a range of homegrown produce. Nibthwaite Grange Farm, Nr Ulverston, LA12 8DB, 01229 885663.

Borrowdale Cave Hotel Borrowdale has long been the haunt of British explorers and eccentrics. Millican Dalton, disgruntled with his life as an insurance clerk in Victorian London, left to set up home in a large split-levelled cave on the eastern flank of Castle Crag in Borrowdale. Here he lived in two “rooms”, with a bracken mattress and a constant supply of water through a fissure in the ceiling, and was soon dubbed the “Borrowdale caveman”. He called it “The Cave Hotel” and it was much visited by city people craving a taste of the wild. From Hollow Farm campsite and the beach at Gowder Dub, follow the path upstream, then inland. After another ¼ mile, through more woods, look out for a turning up to the right, to the disused quarries above, where the doublecavern ‘hotel’ is. Bear up to the right from here to bushwhack to the summit. 15 mins.

READ The Wild Guide to the Lake District and Yorkshire Dales by Daniel Start (£15.99, Wild Things Publishing) contains over 800 wild and hidden places to explore, from wild swims to lost ruins. wildthingspublishing.com/product/wild-guide-lakes-dales 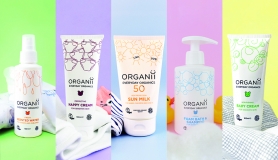 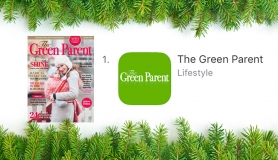 We’re No.1 this Christmas

Find out why The Green Parent is the No.1 parenting magazine in the Apple App store this Christmas... Even for households that are already composting, new research has found that almost half of the food waste in their rubbish bins could have been composted. Did you know that composting at home for just one year can save global warming gases equivalent to all the CO2 your kettle produces annually, or your washing machine produces in three months? 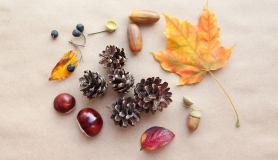 Why do leaves change colour? Have a go at blacksmithing, print a T-shirt, celebrate Sukkot, discover more about Isaac Newton (and watch an amazing firework display while you're at it!)