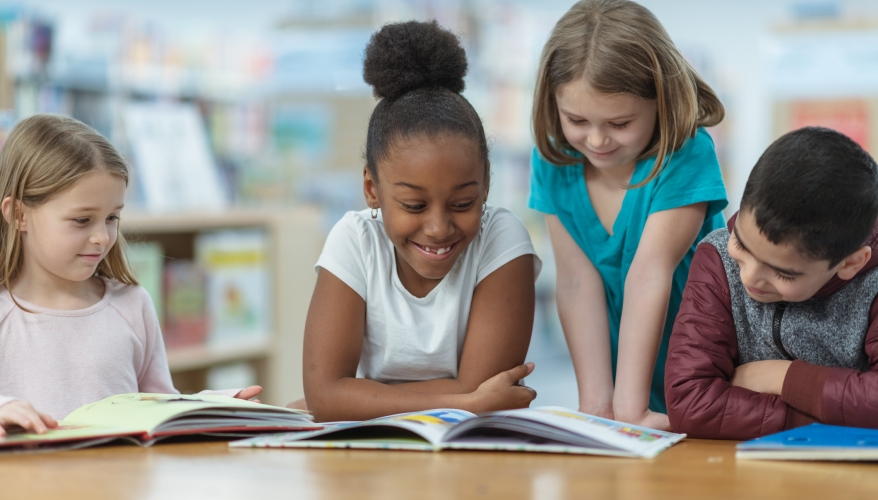 October is Black History Month and there are plenty of events taking place virtually across the UK. The perfect place to start an education about black history is at home, and we’ve rounded up some of the best children’s books to get you started.

Here are our twenty five top picks for inspiring you and your children during Black History Month.

1. Little Leaders: Bold Women in Black History One Black History Month, Vashti Harrison illustrated one African American woman from history every day and posted the portraits online along with a small biography. It resulted in this beautiful and profound book, which chronicles the struggles and achievements of historic and contemporary black women. Though it’s a noticeably US-focused selection, there are British women featured among the 50 too, such as Diane Abbot, Tessa Sanderson and Shirley Bassey, which is nice to see.

2. The Story of Rosa Parks by Patricia A. Pingry Relating the story of the “mother of the Civil Rights movement in America”, this easy-to-read board book is a great way to introduce children aged 3-8 to the importance of equality and the history behind it.

3. Nelson Mandela – Long Walk to Freedom, abridged by Chris Van WykMandela’s biography has been abridged for younger readers, and comes accompanied by bright, colourful illustrations. The book tells the story of his life, from his carefree days as an ordinary village boy to his unflinching leadership of the ANC, the long years in prison under the apartheid regime and his eventual freedom and extraordinary elevation to President of South Africa.

4. If You Lived at the Time of Martin Luther King by Ellen Levine, illustrated by Anna Rich This simple chapter book is an ideal first start in the story of Martin Luther King and the Civil Rights Movement, and invites children to think for themselves by asking questions about the text at the end of each chapter.

5. Shades of Black – A Celebration of Our Children by Sandra L. Pinkney Celebrating the diverse beauty of children of African heritage, this book has photographs and simple text to cover a range of complexions and hair textures. Perfect to enjoy with children of any colour, it is a joyful reminder of diversity.

6. Young, Gifted and Black by Jamia Wilson and Andrea Pippins Esperanza Spalding taught herself to play violin at age five, performed with the Chamber Music Society of Oregon until she was 15, then won a scholarship to Northwest Academy to study oboe and clarinet. In 2011, she won the Best New Artist Grammy. Simone Biles, born in 1997, has earned more Olympic and World Championship medals than any other American gymnast. British film director Steve McQueen, a gifted artist as a child, struggled to find support for his talent at school. He went on to direct 12 Years a Slave, a historic memoir about a free man who was sold into slavery. This beautiful and eye-catching hardback celebrates a selection of black icons from history and the present day to inspire all children to discover what they can achieve. Many of the accounts detail great hardship and prejudice, and in the wake of the #Blacklivesmatter movement, this collection’s focus is very timely and necessary – and an ideal book to share with children who have questions about what’s happening in the world today.

7. This is the Dream by Diane Z. Shore and Jessica Alexander, illustrated by James Ransome A history of the dream of equality to its actualisation, all in poetry form. This wonderfully illustrated book is a moving learning experience for little ones on just what was achieved by the Civil Rights Movement.

8. Funky Chickens by Benjamin Zephaniah Rooted in the real world, these funny, touching, thought-provoking poems cover a diverse range of topics. In “Serious Love”, a schoolboy falls desperately in love with the girl who sits beside him. But the next day, he wants to marry her friend! “All You Sea” campaigns to clear up the sewage in the oceans, while “Good Hope” suggests there is enough good in the world for everyone to live without prejudice, starvation and war. Zephaniah tackles difficult subjects such as animal cruelty in “Danny the Cat” and racism in “Walking Black Home”, where no taxi stops for him because of his colour.

9. Free at Last! Stories and Songs of Emancipation by Doreen Rappaport, illustrated by Shane Evans Bold illustrations decorate this book about the period between Emancipation and the start of the Civil Rights Movement. Prejudice and discrimination are covered in the stories, songs and poems, and those who spoke out are honoured. For older children who want to learn more about this time in history and the people who made a difference.

10. If A Bus Could Talk – The Story of Rosa Parks by Ringgold Faith In a book suitable for children aged 7 and up, the story of Rosa Parks is told by a bus to a young passenger. Rosa’s childhood of segregation is relayed, as are the terrible ways in which coloured people were treated, causing Rosa to refuse to give up her seat to a white person on board a bus in December 1955. There’s plenty to instigate thoughtful discussion here, and some lovely illustrations.

11. Martin’s Big Words: The Life of Dr. Martin Luther King, Jr. by Doreen Rappaport, illustrated by Bryan Collier For children aged around 6-8 years old, this book illustrates themes of justice, equality and love in the story of Martin Luther King Jr. A good starting point to learning more about this inspirational man.

12. Henry’s Freedom Box by Ellen Levine, illustrated by Kadir Nelson Based on a true story of a boy sold into slavery, this powerful picture book is about Henry, who mails himself to freedom in the north of America, travelling in a crate.

13. This Books is Anti-Racist: 20 Lessons on how to Wake Up, Take Action and Do the Work by Tiffany Jewell This attractively designed, engaging book is a fabulous primer probably for kids aged 10+ around understanding what racism is, both on a personal and structural level. Jewell guides the young reader through an understanding of the different elements of identity we all possess (including considerations of gender and sexuality), and the different ways that the parts of our personal identities intersect with each other, before outlining issues of race inequality in the world at large, what race is, and how history has shaped how we perceive it, and how race inequality is perpetuated, looking at issues such as housing, justice, education and government.

14. Journey to Jo’burg by Beverley Naidoo Described as ‘inspirational’ by Michael Rosen, this gripping novel tells the story of two children in South Africa who, when their baby sister becomes ill, set off to find their mother who works as a maid 300km away in Johannesburg. Their journey illustrates at every turn the grim realities of apartheid – the pass laws, bantustans, racism, and breakdown of family life. A great way to begin discussions and learning about black oppression.

15. The Day Gogo Went to Vote by Elinor Sisulu Described as ‘inspiring and moving’ by Nelson Mandela, this warmly illustrated book celebrates the coming of democracy to South Africa. Thembi, a little girl from Soweto, watches as her great-grandmother, Gogo, prepares to vote for the very first time. Powerful and emotional.

16. Africa Is Not a Country by Margy Burns Knight and Jim Knight and illustrated by Anne Sibley O’Brien Any family learning about black history will do well to have this interesting book in their collection. Covering the diversity of the huge African continent, it describes daily life in some of its fifty-three nations, and challenges the ignorance that often surrounds discussion of such a vast and exciting continent.

17. I Love My Hair! By Natasha Anastasia Sharpley This board book is great for empowering children of African heritage by celebrating the many ways in which they can wear their unique and special hair. Centred on a young African-American girl and her mum, it is about being proud of your heritage.

18. Amistad – the Story of a Slave Ship by Patricia C. McKissack A chapter book with illustrations that tells the true story of the Amistad, a slave ship that was taken over by a group of Africans who eventually won their freedom. Amistad became a celebrated symbol of rebellion against the slave trade.

19. Black Stars of the Civil Rights Movement by Jim Haskins Featuring photos and text, this interesting collection covers a range of brave souls who fought for equality in 1960’s America. From Paul Robeson to Martin Luther King, there are plenty of inspirational stories here to inspire young minds.

20. Poetry for Young People by Maya Angelou Maya Angelou is renowned for her beautiful and powerful writing for adults. Here she writes thought-provoking poems for children on subjects such as memories, ancestors, African-Americans and emotions. Beautifully illustrated.

21. Words With Wings: A Treasury of African-American Poetry and Art edited by Belinda Rochelle For older children, this important book brings to life some of the most powerful contributions to African American art and poetry from the last two centuries. There is also the opportunity to find out more about each contributor from a short biography. One to treasure and share.

22. Black Londoners 1880-1990 by Susan Okokon A wealth of archive photographs celebrate the lives of ordinary members of London’s black community as well as those of its famous individuals. It provides a fascinating visual record of the relationship between London and its black citizens over the last 100 years.

23. Peaceful Protest: The Life of Nelson Mandela by Yona Zeldis McDonough, illustrated by Malcah Zeldis A collaboration between folk artist Malcah Zeldis and her daughter, author Yona Zeldis McDonough, this book tells the story of Nelson Mandela from his humble beginnings to becoming the first black president of the democratic Republic of South Africa.

24. Arts and Music by Dan Lyndon This exciting book celebrating black culture is part of a series of Black History books by Dan Lyndon, which also includes Resistance and Abolition, Community and Identity, Africa and the Slave Trade, Civil Rights and Equality, and African Empires. As the title suggests, this is about black people’s contribution to art, literature and music. A list of websites is included for those who want to find out more. A fantastic library of titles for Black History enthusiasts.

25. My Hair by Hannah Lee and Allen Fatimaharan This joyful celebration of black hair demonstrates a range of styles and will inspire children to experiment with their own look. Lively illustrations in warm, rich colours accompany the rhythmic text and readers are invited to draw a picture of their own hair at the end of the book. A delightful debut collaboration between two winners of Faber’s FAB prize, which aims to highlight the talents of new children’s writers and illustrators from black, Asian and minority ethnic backgrounds.

Willesden Bookshop is a multicultural children’s book specialist and many of these titles are available from them. 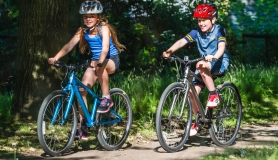 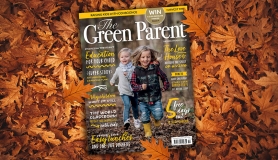 Get your hands on our education special edition of The Green Parent, out now! 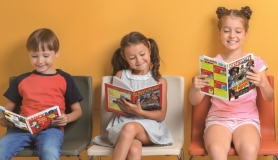 Nurture A Love of Reading With Bayard

Bayard Press is an international publisher of children’s magazines that aim to nurture curiosity and foster a lifelong love of reading. With over 150 years of history, Bayard has been a part of children’s reading journeys for many generations. Inspired by the spirit of Montessori educators, the company supports parents around the world to raise children that love to read.