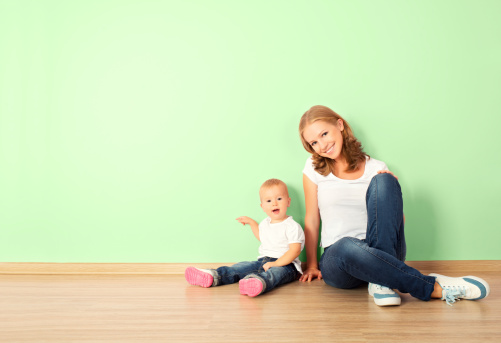 Moving house is said to be one of the most stressful things a person will undergo in their lives. This, incidentally, is said in reference to the average adult and the various stresses that a house move will entail from the financial and the logistical to the emotional. For most, it is a leading cause of stress, anxiety and relationship troubles – some even leading to divorce! But, what about the little people in our lives? Sure, they don’t have mortgages or rent agreements to contend with and they don’t actually have to organise anything for themselves...

They do, however, have various other stresses to contend with research suggesting the top cause of stress in children during house moves is the stress it causes their parents and, therefore, day to day lives.
Long before they watch their beloved homes being packed away into boxes, even very young children are already tuned in enough to notice that big changes are afoot and this can often leave them feeling unsettled and insecure even without the added tension that a move can place on their parents. Sometimes, just the excitement that a move can cause is enough to throw them a little off kilter.
There are, however, several ways to make even the most stressful of moves easier for children to process and deal with. Here, we share 5 of our favourites for helping children to cope with moving house.

1. Get them involved. It sounds so simple… I mean, they’re already involved with the discussions and the actual move and they have a lot to say about it. What more is there for them to get involved in? Young children are curious little creatures, with a sense of intrigue for all new concepts (no matter how many times you move, a new home is always a new concept). Getting them involved in as many aspects of the move as possible is not only beneficial to their sense of control over things and their understanding of what to expect, it is also potentially an educational thing. To begin with, bringing them with you each time you visit a potential (and later a definite) new home helps them to feel a part of the process. Getting them to help with organising boxes by their contents and helping to wrap delicate things in bubble wrap is a great exercise in order, sorting, patterns and also the different ways of handling different materials.

2. Talk, a lot. There’s a lot to say about a house move, from the obvious reassurances that everyone will be going together and that they will still see their friends and other family members, to less obvious concerns such as what exactly you intend to bring with you during the move. It’s not uncommon for children to panic that their favourite possessions will be left behind. Young children, in particular, have a difficult time separating the bare bones of a house from its contents. Trying starting a list and putting it on the wall, so that you can add to it. Each time your child things of something they don’t want to forget remind them that everything will be coming, but that you will add it to the list and let them see you do it. This gives them a sense of control and security and helps them to feel a part of the planning process.

3. Don’t pack up their things last, but do unpack it first. As tempting as it is to leave everything of theirs untouched until the last minute, slowly packing up their room and toys along with everything else is an important part of saying goodbye. Then, at the other end be sure to organise their room first of all. Letting go is hard, but is made easier by the immediate familiarity of things they will have been missing during the packing process. It’s a little like being cruel to be kind, but it is a much less stressful technique than changing their space around overnight.

4. Let them make decisions. It’s their home too, so it’s only fair that they should get to decide how it looks to a certain extent. Small decisions like where to place the kettle help children to feel included and more positive about the move.

5. Don’t put fresh bed linen on their beds straight away. The familiar scent of bed is powerful and emotional, so don’t be tempted to think a fresh bed will be as appreciated by your littles as it is by the grown up family members. Bed is a safe and relaxing place and familiarity is very reassuring and calming thing during times of upheaval. Wash sheets a week or two before and leave them on for another week or two. A month without fresh bedding isn’t the end of the world and your children will appreciate unwinding in their same old, same smelling bed. 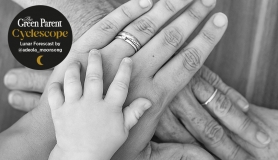 As we prepare for the full moon weekend ahead, this week we come back into our bodies after the heady whirling energy of last week says Adeola Sheehy. A forecast of the week to come using the moon as our guide. 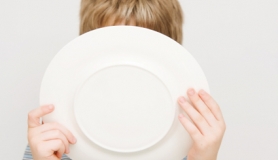 How can nutrition be used to treat autism? Julie Matthews shares her beliefs that diet and nutrition are fundamental to the health and healing of children on the autistic spectrum. 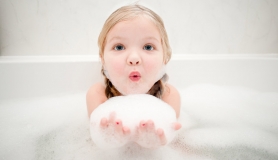