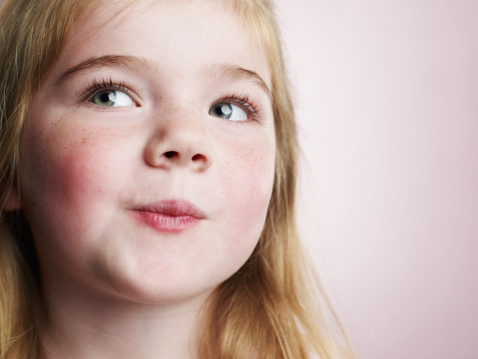 The ban-bossy campaign has made headlines in recent weeks with its efforts to empower young girls and guide them toward leadership and other roles it is suggested that they are shying away from. The campaign, spearheaded by facebook executive Sheryl Sandberg and co-founded by the Girl Scouts, has attracted celebrity endorsement from the likes of Beyoncé and Condoleeza Rice. Whilst it has been met with mixed reactions, the campaign has highlighted an important issue – that parents play a vital role in the development of their child’s sense of self worth and empowerment.

Regardless of gender, in a world where there is a rapidly growing divide between the world’s richest and most powerful and “everyone else” – it is becoming increasingly clear that people are too readily accepting the authority that dominant characters/forces are asserting “unchecked”. Be it playground bullies, authoritarian teachers, governments or workplace politics – the ways in which our children interact with authority and overcome adversity is determined by their early experiences of being parented.

Here, we discuss the top 5 ways in which you can empower your child so that they feel confident in their beliefs and in asserting them, respectfully. A key life skill that has been shown to impact upon their overall happiness and success in adulthood.

1. Respect them. It seems obvious, but there are many ways in which a parent can unwittingly undermine their child and behave in ways that are disrespectful. If, for example, you are tired and at the end of a long day and are ready for bedtime to be over, forcibly brushing a child’s teeth or forcing them into their bedclothes is a way in which we devalue their rights as an individual and show them that we don’t respect their feelings and decisions, simply because we feel we know what is best. Regardless of what we think we know, the key to approaching a situation with respect is a mixture of planning, sensitivity and a sense of equality.

2. Listen to them. Made infamous by the classic Mike and the Mechanics song “Listening Years” the line ‘you can listen as well as you hear’ rings all the more truthful when it comes to our children. We hear the words, but are we really listening? Are we present? Are we interested? If we want to show our children that they are of value, that they are worth something then engaging with them and really hearing what they are telling us will make them feel more important than if we assume that we know what is best or seem disinterested in the things that seem, to us, to not be all that interesting.

3. Encourage them. I’m a big fan of Unconditional Parenting. This means I don’t offer praise to my children but, instead, seek to encourage them to find their own inherent sense of achievement and value. Offering praise can, unintentionally, put too much weight on the opinion of the parent which can, in turn, lead to children doing things to please their parents or only seeing value in things when there is praise attached. If they know that you are proud, regardless, and that you are interested in what they think of their own achievements then you are encouraging an increasingly uncommon sense of self-awareness that will help your child to follow their own interests and intuition.

4. Trust them. It flies in the face of most modern parenting philosophies, but children are more wise than we give them credit. They aren’t “bad” until we teach them to be good and they aren’t hell bent on never sleeping, eating healthy food or leaving the house because they’d rather watch TV. Trust in their ability to self-regulate. Offer your thoughts and guidance but, ultimately, trust in their inherent goodness and natural ability to adapt and thrive in healthy ways. In a home that is sincere and kind, provides healthy food, routines and a passion for family time – children do not grow up to be anti-social, miserable, junk food addicted slobs. They develop a sense of balance and an appreciation for modern living, even if they don’t fit in with our own pre-conceived ideas of what constitutes the ideal childhood.

5. Free them. Try to be more of a guide in your child’s life than a leader. If they are to become leaders, then they should lead themselves from the start – making their own decisions, being included in family decisions, having a sense of control of their lives. All of these things build confidence, self-awareness and the courage to stand out and speak up – if your child has always had a strong inner voice, it is much more difficult to stifle than if they are suddenly “given” freedom at an arbitrary age of your choosing.

In order to empower a child, it isn’t necessary to ban words arbitrarily. If we were to ban everything that is considered oppressive to childhood development then most children should be removed from their family homes. Instead, every parent can and should make changes to empower their child – irrespective of their gender. Because, as much as feminism has left to achieve, ay campaign that focuses solely on one gender will be ultimately divisive and build resentment. All children deserve to feel empowered and each and every one of us ought to unite against oppression of all kinds. When we consider that the world’s top 100 billionaires added 240 billion to their existing wealth in 2012, enough to end global poverty 4 times over, it beggars belief that we should be squabbling amongst ourselves when the oppression of all mankind is going on, unchecked, in front of our eyes. That is the kind of battle we all need to engage in, as strong and confident individuals and we can begin by inspiring the next generation to be stronger, louder and more confident than ever. 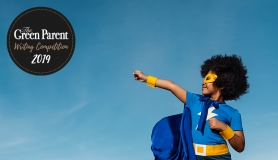 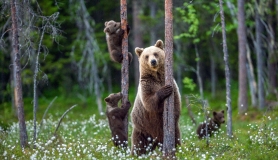 This week it's Bear Week over at Green Parent HQ - we're loving all things grizzly! Did you know that a bear cub will feed on his mother's milk for up to three years or that a grown grizzly can run at speeds of up to 30 mph? Here are some of our favourite resources. 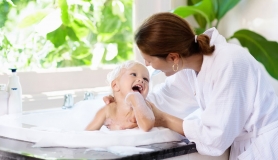