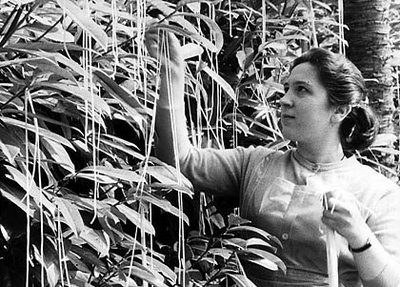 Known as April's fish in France, the 1st of April is traditionally a celebration of silliness. Want to grow your own spaghetti tree? Find out about the famous prank the BBC played on Panorama viewers in 1957.

No one is quite certain of the origins of the day we now call April Fools Day, or All Fools Day, but everyone knows it is a day for silliness and fun! We started celebrating it in the UK in the 1700s and since then have enjoyed millions of pranks. But remember, the rule of April Fools is that all jokes have to be performed before midday, else the joke is on you!

There are other April Fool’s traditions around the world. For instance, in Iran, people play jokes on each other on April 3rd, the 13th day of the Persian New Year. In France, the 1st April is known as Poisson d’avril which translates as “April’s fish”. The aim is to try and stick a paper fish onto someone’s back without being caught out. You could try this yourself with different creatures for different people! One of the most famous April Fools jokes was played by the BBC. On 1st April 1957, the respected BBC news show Panorama announced that thanks to a very mild winter and the virtual elimination of the dreaded spaghetti weevil, Swiss farmers were enjoying a bumper spaghetti crop. It accompanied this announcement with footage of Swiss peasants pulling strands of spaghetti down from trees. Huge numbers of viewers were taken in. Many called the BBC wanting to know how they could grow their own spaghetti tree. To this the BBC diplomatically replied, “place a sprig of spaghetti in a tin of tomato sauce and hope for the best”. To read about more famous pranks, go to http://www.museumofhoaxes.com/hoax/aprilfool/ 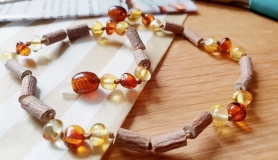 A natural approach to help relieve the symptoms of teething, acid reflux and eczema

A natural approach to help relieve the symptoms of teething, acid reflux and eczema - More...

On top of all the fun festive crafts we’ve been getting stuck into this year, I’ve really enjoyed experimenting with a little gluten free festive baking. A little trial run for the Christmas festivities, perhaps. My latest passion is flavour combinations and my new favourite autumnal flavours are cinnamon and pumpkin in both sweet and savoury dishes. These cupcakes are a big hit in this house and I’ll be very sad when it’s no longer pumpkin seasons! 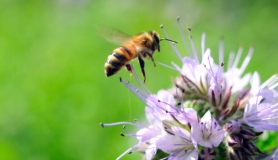 10 ways to make your garden a wildlife haven

However big or small your garden is, there are plenty of changes you can make to ensure that it is an attractive location for all manner of wildlife. Simple things such as choosing wildlife friendly plants and leaving dead flower heads as food for birds in the winter can make a difference. Here are ten small things you can do today to create a garden positively humming with life: 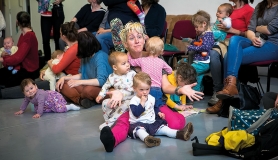 When actress and theatre-maker Matilda Leyser’s first son was born six years ago, she didn’t feel she fitted easily into any established categories of mother. So, in 2014, she founded grassroots initiative, Mothers Who Make, dedicated to supporting mothers who are artists – working in any discipline and at any stage of their careers