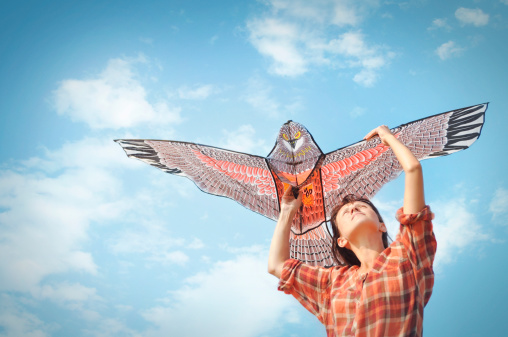 If we were to believe everything we read in the papers today, we’d be forgiven for thinking that there’s a pervert waiting around every corner to snatch our children at the first opportunity. Stories like the abduction and murder of April Jones strike fear into the hearts of parents all over the world and often begs the question “Why was that child not being watched?”.

But, are we at risk of smothering our children and robbing them of the freedom so many of us enjoyed in our own childhood?

Growing up, the world seemed like a different place to what it is now. In fact, the world was already different for my sister who only is eight years younger than me. I had a kind of freedom that I simply cannot imagine my own children enjoying, even with the advent of mobile technology and GPS tracking (however you feel about those). I was regularly, from as young as the age of 7, miles from home in situations that, looking back, could easily have become quite dangerous: bathing my feet in lochs on a hot summer’s day; walking barefoot up rivers in the woods; running wild and free across my hometown meeting up with other children and enjoying a totally idyllic sounding childhood. My sister, however, had a more structured set up when it came to her social interactions. Though we had moved to a slightly busier street, close to a main road, it wasn’t just my parents who were keen to keep tabs. Playdates, sleepovers and a lot of activity happening in and around our home, and the homes of her friends, was suddenly the new norm.

My own parents frequently wax lyrical about their own childhood freedoms that were greater still than my own. And my grandparents? I often marvel at how lucky they are to have made it through their childhoods alive. But, are they really lucky or is that simply my modern perspective? Are we living in more dangerous times?

Safer than ever
According to experimental psychologist, Steven Pinker, we live in the safest times yet. The introduction of government, police control and third party dispute resolution, coupled with the rise of feminism, literacy and intellectualism, has had the effect of reducing rates of violence by several orders of magnitude. Over time, we are seeing our natural tendency for violence manifest themselves in more civilised ways.

There is also no evidence, to date, that abduction or molestation is any more common now than at any other time. In fact, abduction was once legalised in the 14th century. Despite this, the most prevalent fear of modern parents is abduction according to an American study conducted in 1998 – more than any other potentially traumatic or fatal event, such as car accidents, illness or drug addiction.
If children are no more likely to be snatched off of the streets now than they were when my grandparents roamed freely, until long after the sun had gone down, then why are parents more fearful than ever and why does the threat seem greater than ever?

Historical Myopia
Steven Pinker argues that we are seeing a number of systematic biases. Over time, we are keeping a larger volume of records of a higher degree of accuracy. This, he believes, has distorted our impressions of violence in modern times.

The media plays the biggest role in this. With stories of abductions making headlines and capturing the public interest, we are more actively involved in these sorts of cases than ever before. And whilst the publicity sparks important discussion, the true statistics are often lost amongst the noise. With parents becoming increasingly frightened, we are seeing a steady decline in childhood freedoms with many believing cases can be prevented with greater parental surveillance.

Is my child at risk?
The most recent statistics available, published by the ONS, show that a child is reported as being missing every 3 minutes in the UK and, though most of these are found within hours, a few hundred attempted stranger abductions occur each year. Over 90% are unsuccessful.

Though this may sound alarming, it is important to put the results into perfective. In 2010/11, 56 children under the age of 16 were killed in the UK. 35 of these murders were committed, unthinkably, by the child’s parents. 7 more were murdered by a family member or trusted family friend. The most at risk group is considered to be babies under one, followed by teens aged 14-16 and children ages 1-5, with children aged between 5 and 14 at the smallest risk.

So, what about the hundreds of attempted abductions each year?
This could be easily explained by the way in which crimes are recorded. Often this is down to the perceptions of the parents, though a snapshot analysis of the 2002/03 period found that there was often minimal contact between the child and the alleged kidnapper and significant doubt surrounded many allegations.

Perception
In an age where fear of abduction and paedophilia is more intense than ever, the negative effects stretch beyond that of simple childhood freedoms. A recent BBC report found that 44% of men and 28% of women surveyed would hesitate to help a lost or upset child over fears it may appear they may seem to be attempting an abduction.

With such a large majority being reluctant to step in due to how far our fear has taken us, it is becoming increasingly clear that our own perceptions have played a significant role in building the current level of hysteria surrounding abductions in particular. The consequences for community spirit can be great.

Freedom
Making the decision to allow your child more freedom can be daunting. From anxieties over how much to what age to begin, there is a lot to consider. Though the benefits to a freer childhood are numerous, it is important to find an arrangement that everyone can be comfortable with.

If you are thinking of adjusting the freedoms in your home, it can be helpful to consider the following basic points:
Don’t think about your child’s age. They may be more or less ready for added freedoms than their peers in a similar age group. Try to focus on what you know is right for them as an individual.
Don’t make any dramatic changes. It will take time to adjust, so take it little by little.
Make sure you cover important safety issues, such as what to do if they are approached by a stranger, with your children.
It is equally important to address the tricky issue of when to say no to a familiar or trusted adult.
Consider a basic mobile phone, one that is unlikely to attract theft.

Above all, it doesn’t have to be an all or nothing situation. Perfection is the enemy of progress and whilst your children may not enjoy the exact same freedoms that you did, being raised in a home with personal freedoms, respect, joy and parents who are confident in their parenting is the recipe for a very happy childhood however far from home they wander. 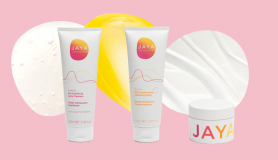 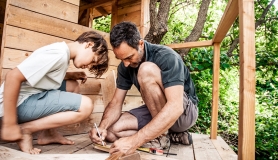 Build your own treehouse, be a rebel girl, high-tech beach clean-up, five (or more) ways with celeriac, get down with your bard self! 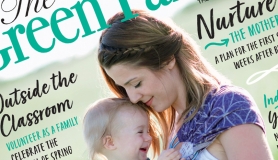 The 'very nearly' spring edition of the world’s finest natural parenting magazine, The Green Parent, has plenty to inspire you inside. 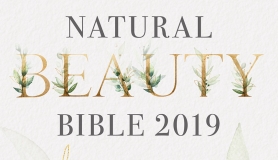 Inside you’ll find the results of the 2019 Natural Beauty Awards and read about pioneering beauty brands...