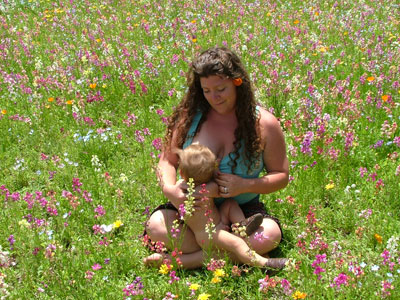 It’s not news that breast milk is good for babies. It’s not even news that it’s good for toddlers but did you know that there are a variety of ways breast milk can improve the health of the entire family? Caroline Jones explains the healing benefits of this incredible substance.

Health benefits
Breast feeding is the best thing for babies’ digestion, strengthens their immune systems and has a multitude of other wonderful effects, many benefiting them for their entire lives. It’s also good for mothers: reducing the risk of breast cancer; ovarian cancer and helping them lose weight in a natural way.

“Instead of putting tea tree on cuts, burns, scrapes and scratches why not add a drop or two of breast milk?”

Living fluid
However due to its antiseptic properties it can be used for a whole range of purposes for the good of anyone’s health. Breast milk is a living fluid and once you have tried it for its healing properties it will be easy to see why it is trusted in by so many. Instead of putting tea tree on cuts, burns, scrapes and scratches why not add a drop or two of breast milk? Leave to dry in the fresh air then cover as usual if required. This method is also good for chapped or crapped lips and nipples. Be careful though, on one memorable occasion I had forgotten it was Halloween and was sat airing one sore and bleeding nipple while idly rubbing breast milk into the other when I glanced up to see a group of teenage boys gathered around the glass of the front door staring in! I’m not sure who go the trick and who the treat.

Visionary treatment
Eye infections are another thing that react incredibly well to treatment with breast milk. Simply squirt a bit into the eye, either directly from the breast or use a dropper with expressed milk. If your children don’t like having milk squirted into their eyes then try doing it when they are asleep. Simply squirt or pour it into the corners of the closed eye then pull the eyelid down slightly to let the milk run underneath. Using fresh milk has the added advantage of being at body temperature, so is far more pleasant than having cold liquid under your eyelids. This needs to be repeated at intervals until the infection clears. This method also works to reduce puffiness around the eyes and in an emergency cleaning irritating contact lenses under a stream of breast milk is said to solve the problem pretty much instantly.

Other uses
For ear infections simply pour a bit of expressed milk into the ear, or if your aim is good enough then squirt it directly in. Apparently breast milk can also work its magic on yeast infections, though here I’ll leave the description of application to the imagination. For sore throats breast feeding babies and children can simply suck, but anyone who is prepared to try some can find comfort from drinking expressed breast milk whatever their age. Applied to blocked up noses it clears them up beautifully allowing breathing to become much less snuffly.

“If you’ve got a spot, itch or rash just add breast milk and see if it does the trick”

Skin healing
Itchiness of many varieties is said to be greatly relieved through the application of breast milk, from insect bites to chicken pox. Dry skin, eczema, nappy rash and acne can all be improved by applying milk and allowing to air dry, and I known several women who swear by it as a facial cleanser and make up remover when wiped over the face with cotton wool. Another friend is convinced a regular application cleared up the wart on her finger and one woman used breast milk to cure the ulcers on an older relative’s legs. There are recipes for soap, and I have heard of one woman using expressed milk in an emergency batch of scones. Apparently everyone remarked on how tasty they were! Check these other ideas for using breastmilk including throat soothing ice lollies.

It seems there is nothing breast milk cannot improve from nappy rash to unexpected guests, and so if you’ve got some to hand why not try it for your own families’ ailments? It’s unlikely to do any harm and you never know, you might find another miracle to add to the list, so if you’ve got a spot, itch or rash just add breast milk and see if it does the trick.

OTHER NATURAL RECIPES
If you are not breastfeeding, try these kitchen cupboard healers for a natural approach to first aid.

• Garlic for example doesn’t just ward off vampires but has been used for years as a compress for cuts and poisons, and onion is alleged to have a similar effect. Taping garlic to the soles of babies’ feet is said to get rid of colds, though I can’t vouch for the reliability of it. Perhaps it works by keeping everyone away from your garlic smelling baby so she isn’t in danger of contracting a cold in the first place!

• Vegetable skins are said to have healing properties too: potato skins for burns, and boiled onion skins for coughs, so if you don’t have a composter at least you can find another use for peelings.

• Chopped onion and honey left in a bowl overnight and then drained makes a soothing cough medicine or you may prefer to stick to the more well known cold remedy of hot lemon and honey.

• Cucumber slices over the eyes is an old favourite and is renowned for reducing puffiness and cooling sore eyes too.

• Lavender oil is said to be good for bites, burns and general disinfection purposes as well as it’s perhaps more well known use as a relaxant and sleep enhancer.

• Other well known remedies like olive oil for constipation, natural yoghurt for thrush and tea tree for use as an antiseptic shouldn’t be over looked either, as becoming more popular hasn’t stopped them working.

• If you are suffering athlete’s foot and aren’t squeamish try applying fresh urine to it, which is said to cure it in no time, though personally I’ve never plucked up the courage and tend to stick to tea tree.

• Most itches are helped by porridge oats in a sock running under hot water in the bath, and many children enjoy their bath in porridge, especially those who don’t like the smell of camomile.

Folk remedies
Practically everyone has their own favourite homespun or breast milk squirted remedy, and by sharing them we not only keep them alive but also help keep ourselves and our families healthy as naturally as possible, not resorting to expensive and often ineffectual products every time somebody sneezes. I hope I have introduced you to a few new remedies that will be of use, and shown how breastfeeding can be beneficial to the whole family in more ways than one.

_This beautiful image is from attachedparent.tribe.net 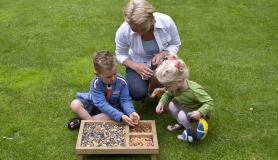 Essential products for your garden birds and wildlife

Essential products for your garden birds and wildlife - More... 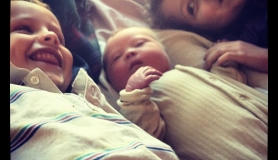 What To Expect When You’re Not Expecting

Angela Dawson discovers she is pregnant after she thought the baby years were well behind her. 'Three years ago the children were over a hundred miles away with the grandfolk and I was getting more than a little excited about a New Year's Eve party my husband and I were going to with some friends. Notorious for being held in secret venues, this night boasted ball pools and jacuzzis as well as the regular cocktails and DJ's. I expected it to be epic... And it was! My husband and I stumbled home at dawn.' 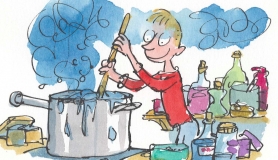 Roald Dahl was a spy, an ace fighter pilot, a chocolate historian and a medical inventor. Celebrate the date of his birth on 13th Sept. 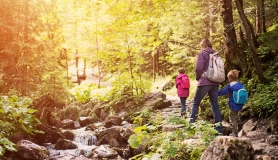 Creating Memorable Holidays on a Budget