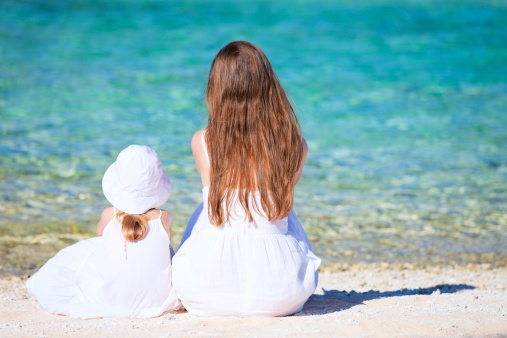 I don’t think there’s a name for the kind of parent I am. Like many, I identify with a broad range of views and philosophies when it comes to raising children. The common theme is respect and equality, however, and that applies to every area of my parenting which evolves each day. It’s a journey.

So, it struck me one day, as I was pondering, that being Mum/Mummy/Mama didn’t necessarily fit in with my beliefs. And if my children call me by a title, does that make me more of an authority figure? Growing up, calling my parents by their first name wasn’t really the done thing, it was discouraged and considered disrespectful. I recall feeling shocked when my cousin casually summoned his mother and called her by name, even going so far as to question my Aunt about whether or not she was OK with this. She reassured me it was just a phase and reminded him that she was Mum. It’s an oddity and rarely encountered; in all my years and travels, I’ve yet to meet anyone who is on first name terms with their children. A quick google search turns up almost nothing, what there is consists mainly of upset parents looking to stop their children calling them by name. Why is it so important to us to be mum and dad?

A history of titles
If we don’t call our children “son” and “daughter”, or siblings “brother” and “sister”, why is it expected that children call their parents by the title “mum” and “dad”? According to longstanding social traditions, people of higher status were to be addressed by various titles. Almost always, elders were considered to be of a higher status than children and it was considered a mark of respect to call them by their title, rather than their name. This also applied to parents who were still considered of higher status than children. Today, it is an almost universally accepted rule that children still use these titles for their parents.

The history of these titles remain evident in the reluctance of modern parents to part with them, often citing issues such as respect. But, for parents who consider their children friends and equals, are they barriers to a truly authentic relationship?

Looking closely at the issue, it has become a little more complex. For many, “mum” and “dad” are no longer titles but terms of endearment and something special; a friend of mine once said “Everyone calls me by name, but only one person calls me mum”. So, while some still insist on these titles out of respect, it appears to be more common now that parents feel sentimental about them and believe it removes something special from the relationship.

Your child’s choice
But, is there any truth in this? After all, a term of endearment is only truly authentic if it is given to us rather than demanded. When children are free to decide it may often be the case that “mum” and “dad” is something they personally prefer, a notion google seems to confirm, but some may feel that a true friendship can only exist when all concerned are equals and roles/titles are put to one side. Certainly, this is increasingly true of adults who have left home. The authenticity of titles/terms, and indeed relationships, is often based in freedom and honesty. When we give our children the freedom of choice, what we receive is their true feelings rather than our own wishes. What we receive is altogether more authentic, more sincere.

My eldest is three and it is only recently that I have come to question my feelings on this subject. So, when I asked her what she would prefer to call me, I was unsurprised when she seemed uncomfortable calling me by name and preferred to continue calling me “mama”. Admittedly, I love being mama. My 9 month old has recently picked up this name and saves it for when she is really in need of me. It’s powerful in ways that I’m not sure Leanne ever will be.

They may always call me mama, or they may someday settle on my real name. What matters most to me is that it was their own choice and that, whatever they decide to call me, the feelings behind it are real and authentic. Having an equal and honest relationship with my children is so much more special to me, than any title they could choose. 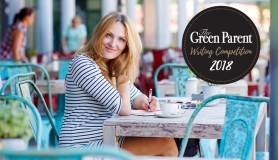 Feel inspired to put pen to paper to write about your parenting experiences? Enter our Writing Competition and you could win £150 worth of prize money. 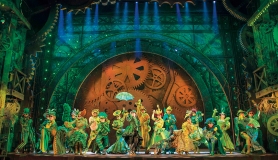 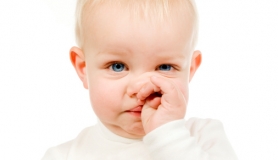 Five gross habits that are healthy!

They may not be socially acceptable, but science has shown these 5 gross habits to be beneficial to our health. While you might not be encouraging your children to engage in these offputting activities, the evidence suggests that it might just be worth leaving them to it now and then…