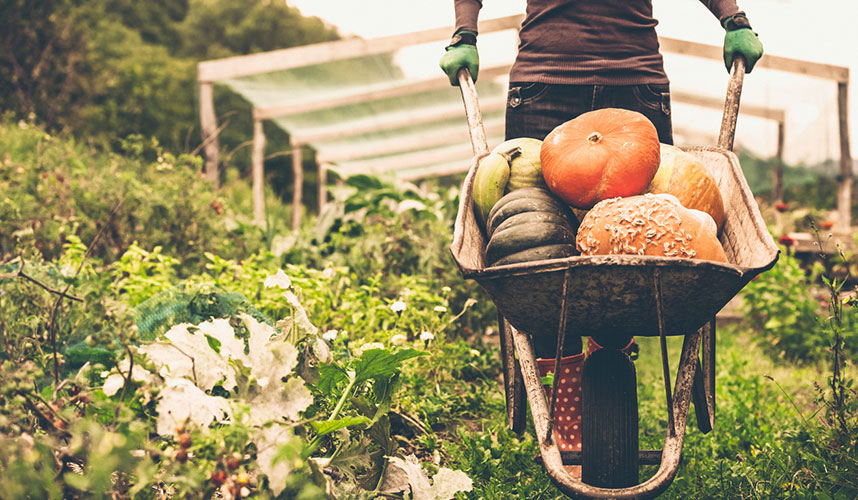 Our regular columnist, Lucy AitkenRead launches a small learning collective on the land and watches her kids thrive

We have a giant pumpkin in the garden that’s almost as big as my youngest, Juno. Lest you think I am some sort of vegetable growing legend I should declare that it is the single gardening success of the whole summer and it’s not even edible! Sure, we had some kale and courgettes, strawberries and tomatoes but they appeared in our languishing veggie beds with the gracious air of an old friend who sends you a book in the post with a note: “saw this in the charity shop and thought of you!”

In a couple of other ways we’ve made great leaps. We have upgraded our bucket composting loos, which required my husband, Tim to empty them several times a week, to a flushing compost toilet, with an entire septic system run by gravity and worms! These humble wrigglers transform our poo into high quality, fluffy soil and they absolutely love it (I speak Wormish) and, boy, oh boy, does Tim love it. All round it’s a magnificent example of the symbiotic relationship we are invited into with the family of living things all around us. Apart from the kids, who miss the old crapper and at random points in the day will stare nostalgically out the window and say “I do miss our old loo.”

We have a small learning collective that happens each week on our farm that’s grown out of the nature play, Kindling, that we began when we first moved here. Each morning begins with a circle and from there kids head off into their own work and play zone for a few hours. We’re so grateful to have set off on this path of autonomous learning after a visit with a Waldkindergarten in the Black Forest many moons ago. It was the first one of our stops in our campervan after we’d packed in our London lives. You can just imagine our wonderment at the scene of thirty little kids whittling their own fishing rods and constructing dams. They learnt without classrooms and as we observed their goings on we decided we were in, boots an all, from that moment on. Six years later and we have an echo of that forest school and it is working in a big way for our kids.

The first week of our learning collective we went around the circle, asking the kids what sort of activities they’d like to do in the coming term. The list was varied. “Make bows and arrows” “Build log house” “Hibernate” “Be Santa” “Make sunglasses out of clay.”

It’s something special, having a community of parents and kids putting their own roots into the farm. Sharing our land was one of the values we discussed with the family we bought the land with, back when we were deciding if we should go halfsies or not. We all felt that the earth can’t really be owned by humans. That even though we might buy a small patch of it it would only ever be so we could be guardians of it, to care for it, to share it.

The relationship with the people around us is symbiotic too. Just a few weeks ago I was giving our new toilet a run for its money as I’d picked up a shocker of a bug from a festival. I was lying on the sofa feeling sorry for myself when neighbour appeared out on the deck. I wasn’t really in the mood for a visitor and I let him know just how rough I was feeling as soon as I met him at the door. He was fit to burst: “You need koromiko to make a tea! Whenever I get the runs I find this is the only remedy!” I googled it and my jaw hit the floor when I realised it was a plant that grows right by the edge of the yurt, a little bush I’d planted when we first got here and promptly forgotten what it was. I asked my favourite new plant if I could pick some of her fresh leaves, and then I brewed some tea which had me feeling chipper in no time at all. It felt like a tiny miracle.

Our land is the most beautiful host to us, the forest holds us as we learn and grow. Forging new tracks through the bush, digging up clay and firing it in the campfire, discovering the medicinal plants that bloom by the stream.

Autonomous education for all ages is definitely a big one when it comes to self-sufficiency- even if it looks quite different to what others think of as ‘education.”

Now that Ramona is eight, lots of people, family members and strangers are curious about her brain. Can she read? Can she subtract? What will you do when she wants to become a lawyer if she can’t read or subtract?

These probing questions roll off my back as I can see how much she is thriving on this heart-led regime of play and nature and curiosity and imagination. I don’t think I’ll ever regret growing a giant pumpkin instead of doing Spelling Lists with them. I am convinced that with these foundations she can go on to flourish into anything and whoever her heart desires!

Besides, deep down I know she’d probably be better at reading and subtracting but she finds it really hard to see out of her clay sunglasses.

Lucy writes a column for us every issue, subscribe here to follow her off-grid life
Get our weekly inspiration email 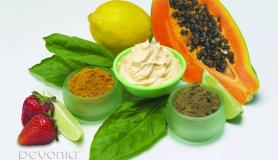 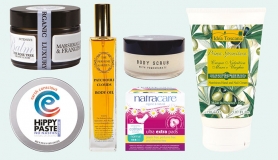 Naturally pamper yourself with these goodies – the very finest for your body and bath. Here are our winners from The 2016 Natural Beauty Awards in the Bodycare category. 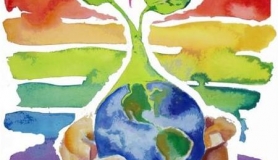 Each year, Earth Day marks the anniversary of what many consider the birth of the modern environmental movement in 1970. The aim of Earth Day is to build community activism around the world through a broad range of events and activities. It is the largest public event in the world, celebrated simultaneously around the globe by people of all backgrounds, faiths and nationalities. More than a billion people participate in Earth Day campaigns every year. It offers the perfect opportunity to raise consciousness of the way our modern lives are affecting the planet, and have a lot of fun in the process.

Naturally pamper yourself with these goodies – the very finest for your body and bath. Here are our winners from The 2016 Natural Beauty Awards in the Bodycare category.