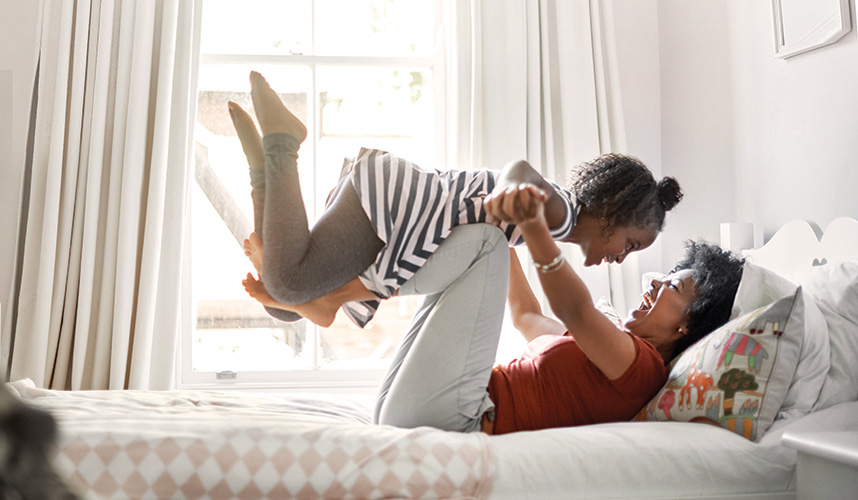 Best-selling author, Gretchen Rubin’s work focuses on happiness, habits and human nature. She started by trying to improve her own life – documenting her experiments in her books The Happiness Project and Happier at Home – and moved on to examine how people in general make changes. While working on Better Than Before, her book about habit formation, she developed a personality framework she calls the Four Tendencies, which divides people based on how they respond to expectations – Upholders, who “readily respond to outer and inner expectations”; Questioners, who only do things if they make sense; Rebels, who resist both other people’s expectations and their own; and Obligers, who will do what other people want them to but struggle to fulfil their own wishes. Gretchen, who lives in New York and is a typical Upholder, has two daughters, a 13-year-old Upholder and an 18-year-old Questioner.

Your work is very wide-ranging – how do you sum it up?
I’m interested in why we are the way we are, for example, how we can or can’t make changes, even when we want to. It covers a lot!

Once you know about the Four Tendencies you can spot them everywhere by people’s reactions to situations, especially when there is conflict. You can see why someone is having an issue with their boss, for example.

It’s very poignant that many adults write to me about things that happened to them as children, saying how if someone had spoken to them differently it could have saved a problem which went on for years.

Have you changed how you parent as a result of your insights into habits and happiness?
100 per cent yes, definitely. I behave myself much better now that I am careful to get enough sleep and not get too hungry. I am very highly strung but now I know many strategies to help myself calm down. I’m more patient, tender, light-hearted and fun-loving.

I also think a lot about how people are different from each other. I may have certain preferences but it doesn’t mean that I am right. For example, I need to have a desk but my daughter would sit on her bed with a laptop. She works fine like that, so why does she have to do it my way? Why are we even arguing about it? I am much quicker to spot things like that.

What do you think is the biggest happiness stumbling block in a modern parenting context?
I think it is time and overscheduling. People are feeling pressed for time, feeling hurried and always racing out the door. I often hear people say, “I wish I had more time to read”, but you can tweak your habits and MAKE more time to read. Or they say, “I would feel better if I went to bed earlier”, so why are they staying up until 1am watching Stranger Things? They know they would have more energy but they still do it. It is mysterious to me.

What one simple thing would you suggest doing to increase a family’s happiness levels? And how should different tendencies approach it?
Get more sleep! Some people are good with their kids’ bedtimes but not with their own. Everything is harder when people are tired. You have to have clarity of expectations – what am I asking of myself? If most adults need seven hours of sleep and you get up at 6am, then bedtime could be 10:30pm to allow a little leeway. Set an alarm for that time on your phone and go to bed.

I actually get ready for bed well before bedtime – I realised that I would stay up late because I was too tired to wash my face and take out my contacts.

As for the different tendencies, Questioners for example need to clearly know the benefits of doing something, so they can research the impact of getting enough sleep on memory, mood, weight and so on. And Obligers, you need to set a good example for the rest of the family, and think about your future self. Think “future Gretchen will be so happy to wake up before the alarm.”

If you are in a couple where one is a morning person and one is a night person, think about ways people can do tasks when it is easier for them. For example, the spouse who prefers to stay up late could pack the backpacks and make the lunches the night before, and that would make the mornings easier.

Do the Four Tendencies tend to be inherited? Is it hard to parent a child with a different tendency?
I do think they are genetically determined, although these things can work in weird ways. It’s like how I have red hair but neither of my parents do.

It can be more difficult to tell a child’s tendency because they are not autonomous in the same way that adults are, although it can be very obvious too. Sometimes you just have to wait until they get older to see how they respond to expectations and how they spend their time.

It can be a challenge when you don’t understand their tendency. Parenting an Upholder child is generally very easy, but if you have a Rebel child, how would you get them to practise piano, for example? I had a great example from a listener whose daughter was very gifted but didn’t practise. Rebels tend to be motivated by identity and love a challenge, so the mom said “oh, I saw the piano music your teacher left for you. It looks very challenging for a 10-year-old. I’d love to see you performing that beautifully on stage.” And this appealed to the daughter’s identity as a musician, so she chose to do it. Or you could present information, consequences and choice – “we are not going to pay for your lessons if you don’t practise” – and then if they don’t practise, stop the lessons. Unless they want to do it for their own reasons they just won’t practise.

UNDERSTAND: Don’t know which tendency you are? Take Gretchen’s test at bit.ly/2wudqsg to find out.

JOIN: Her app Better aims to help you create a happier life by harnessing the power of the Four Tendencies. Find out more at betterapp.us 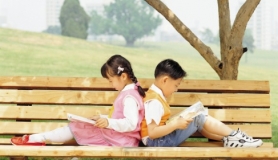 7th March marks World Book Day, the world’s biggest celebration of books, authors, illustrators, and, most importantly, reading. Now in its 16th year, it is celebrated in over 100 countries. Here are ten wicked and wonderful ways to celebrate with your family 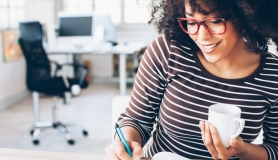 Got a Book Inside You?

Write a novel in a month with the support of National Novel Writer’s Month taking place this month.