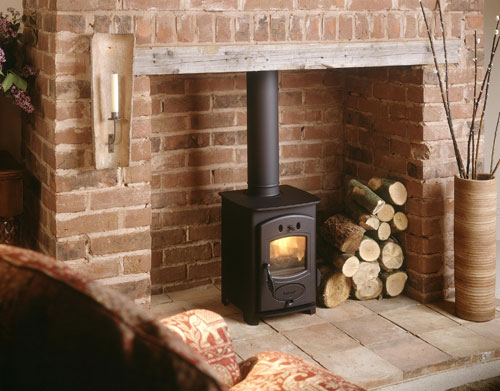 We take a look at the living room and explore ways in which you can make yours a more ethical space to relax.

IT’S A BREEZE Regularly air your living room by opening the windows wide and allowing the space to get well ventilated. This helps eliminate allergens such as dust mites. Plants such as rubber plants can help to clear the air of air born pollutants.

KEEP IN THE HEAT Fit heavy curtains and draw them at dusk to insulate the house against heat-loss. Well-fitted curtains can cut heat loss by up to a third in winter. They should fit closely to the window and extend beyond the sides and base of the window. Make a draught excluder that can be placed along the base of the door to stop heat escaping.

SHARE ALIKE The electric drill that comes out once a year to put up a shelf was probably made on the other side of the world consuming large amounts of energy and resources in its production. Set up a tool sharing scheme in your neighbourhood and you won’t have to buy new items for those infrequent DIY jobs. Also try letslinkuk.org for skill sharing in your community.

SITTING COMFORTABLY Choose natural and biodegradable materials from sustainable sources like wood. Avoid furniture containing synthetic foam or composite wood, like MDF as these often contain VOCs including formaldehyde, a probable carcinogen. Second-hand items are less likely to cause problems as the off-gassing lessens over time.

“Britain still imports huge quantities of wood from ancient forests, which are chopped down at an astonishing football pitch sized area every four seconds .”

FAIR FORESTRY Western demand for tropical hardwoods such as teak and mahogany has been a driving force in the destruction of the rainforests. Britain still imports huge quantities of wood from ancient forests, which are chopped down at an astonishing football pitch sized area every four seconds. This robs indigenous peoples of their homes and livelihoods, speeds up global warming, contributes to soil erosion and threatens biodiversity. Choose second-hand wooden furniture, look for fair-trade items from specialist retailers or at least ensure any item you buy carries the FSC logo. Apply consumer pressure – always ask where wood comes from when buying new items.

BIG GIANTS When making home improvements the majority of us tend to head for superstores such as Argos or IKEA but there are a growing number of small ethical companies where your money will go directly to support marginalised small-scale producers in the developing world or a small family based company in the UK.

LET GO £13 million worth of old furniture is re-homed every year but demand still outstrips supply by 50%. When the time has come to relinquish your old furniture, recycle it by offering it to your local freecycle or freegle (ilovefreegle.co.uk) group. The Furniture Re-use Network works to rehouse unwanted items – see frn.org.uk. Alternatively advertise it in the free ads paper.

SET LIMITS Electrical equipment emits electromagnetic fields, which have been proven to affect our health. Limit the number of appliances that you have in your living space and if possible try living equipment-free. It’s surprisingly liberating and allows for a very calm atmosphere in your family relaxation zone. On average children aged six upwards spend three hours a day watching TV in the UK – going TV-free frees up 21 hours a week for playing with friends and family. Opt for energy efficient models and don’t use standby mode – switch appliances off at the wall for energy and financial savings.

NATURALLY CLEAN Perchlorethylene is commonly found in most commercial carpet cleaners but it is a known carcinogen that has no place inside your home. It is believed to be responsible for liver damage, anaemia and kidney problems. Avoid products that contain ammonium hydroxide too as this substance is corrosive and can cause irritation to the eyes, skin and respiratory passages. 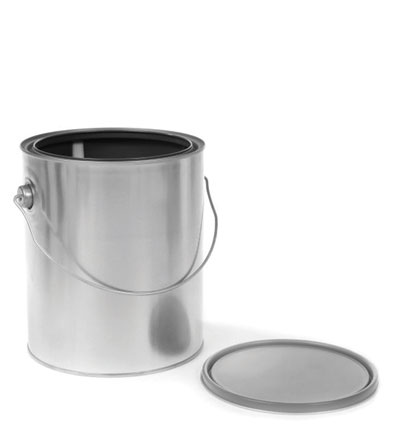 NEW LOOK Most paints and varnishes are derived from non-degradable petrochemicals, which release VOCs into the atmosphere when used. The manufacture of a standard litre of paint can create ten litres of toxic waste. Choose eco paints and you are also avoiding the polluting multinationals such as ICI (who own Dulux). We like biofa.co.uk, auroorganic.com and earthbornpaints.co.uk.

PERFECT POLISH Standard furniture polish contains ingredients that have been linked to skin and lung cancer. They are petroleum distillates created by refining crude oil and according to the EPA should be handled with care. “Products that contain petroleum distillates should be used carefully. Wear gloves to avoid skin contact and avoid breathing vapours of volatile compounds.” Found in products as varied as lip gloss, deodorant, petroleum jelly and furniture polish these chemicals can also irritate skin and cause light sensitivity. Try a green cleaning cloth from greensense.co.uk, or the wonderfully scented natural polish from Homescents at homescents.co.uk as an alternative. Or make your own polish using olive oil.

FLOORED Most of the rugs and carpets that we buy in the West have been machine made using benzene based flame retardant chemicals. The beautiful exotic eastern rugs from Asia all too often have a story of poor working conditions and child labour behind them. In fact, child workers, favoured for their small fingers, are estimated to number one million throughout India, Nepal and Pakistan. You can look for items bearing the RUGMARK label, which guarantees that products are free from child labour or better still choose those from fair-trade suppliers or made by UK artisans like those at the wetfeltingcompany.org.uk. 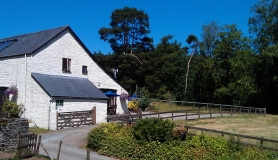 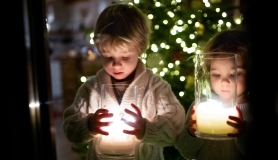 Five Things To Do With Your Family This Festive Weekend 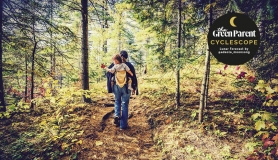 Here at the peak of the seasonal autumn, we are met by the enchantress moon and her energies will be magnified says Adeola Sheehy in this week's lunar forecast. 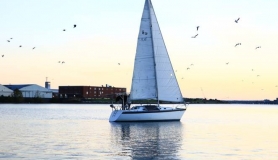 Mobile Classroom to Teach about Renewables

Vittoria Energy Expedition is sailing from DC to Cuba, visiting communities along the way where renewable energy is making a difference.