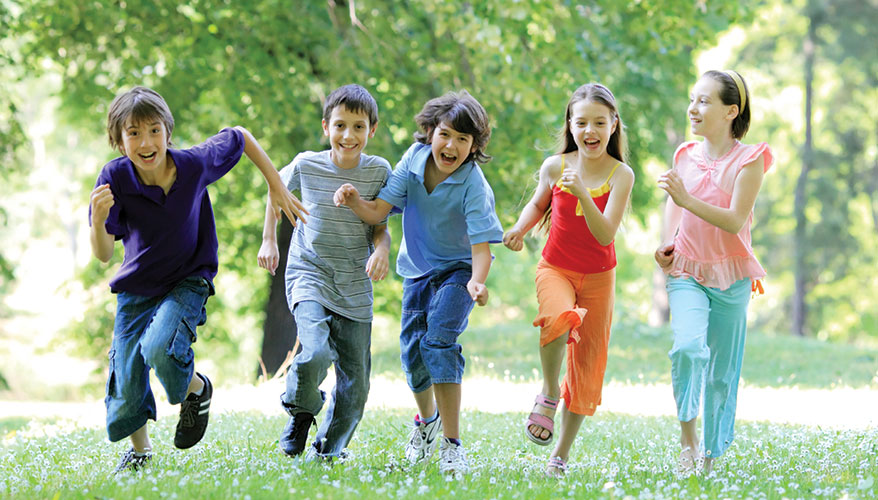 Playing games outdoors is a wonderful – and inexpensive - way for families to enjoy themselves together. Try this selection from a simple obstacle course to group skipping.

MISSION IMPOSSIBLE
This game uses lots of physical skills as children wriggle, jump, balance and run. It’s designed to enable them to create and enjoy a mini obstacle course.
Age range 2+
Number of players One or more
What you need A selection of sturdy everyday household items, such as cardboard boxes, empty plastic bottles, an old sheet or groundsheet, upturned flower pots, newspaper.
Preparation Arrange your equipment around the garden to create a circuit. For example, two open cardboard boxes that a child has to wriggle through like a tunnel, followed by a row of upright plastic bottle she must jump over without knocking down, a sheet to crawl under, flowerpots to use like stepping stones and a long thin strip of newspaper to balance on. Mark the start and finish with a flag.
How to play Line up at the starting line and when your child is ready, shout ‘go’! You can use a stopwatch if your child wants to try and better her time.

YO HEAVE HO
Suitable for any weather, your child’s imagination can furnish lots of action in this adventure game.
Age range 3+
Number of players Possible with one but best with two or more
What you need No props.
Preparation Get everyone to imagine the ship that they are about to sail in with white sails billowing and the wide open blues seas ahead.
How to play Tell the children that they are hard working sailors on board the ship. They have to do the actions for all the events that happen on board. For example they can:
SWAB THE DECK Pretend to clean with buckets and mops from side to side all over the garden
CLIMB THE RIGGING Hand-over-hand actions as if climbing a rope
BAIL OUT THE BOAT Pretend to empty lots of buckets of water over the side
ROW THE BOAT Sit down in a line and row in unison
ASSIST THE CAPTAIN Steer the boat by hauling an imaginary wheel round in one direction and then the other.

SKIPPING WITH FRIENDS
If skipping alone is fun, skipping in a group is even more so. And there are endless variations on a theme, using different rhymes, varied formations and different numbers of children.
Age range 7+
Number of players Three or more
What you need A skipping rope long enough to share
How to play Two people stand opposite each other and turn the rope. A third person skips in the middle. Recite this rhyme that gradually introduces a new child with each verse:
I love the river, I love the sea
(first child skips and sings)
I love Naomi skipping with me
(second child comes in)
I love the river, I love the sea,
(Naomi now sings and skips)
I love Barney skipping with me
(third child comes in)
And so on

SNAKE CHASE
In this game children switch from being free runners to being part of a long catching ‘snake’. The aim is to be the last person to be caught.
Age range 6+
Number of players Five or more
What you need No props
How to play The children choose who will be It. He covers his eyes and counts to ten, while all the other players run away. Once he has finished counting, he chases everyone until he catches someone. This person joins hands with It and runs with him to catch a third person, who then joins the line. As more and more people are caught the line becomes a long snake. The last player left uncaught becomes the new snake.

HOT POTATO
This game involves throwing, catching and keeping a ‘hot potato’ in the air while on the run – no dropping it!
Age range 6+
Number of players Two or more
What you need A tennis ball
How to play The first player picks up the ball (the hot potato), and throws it up and down. He then throws it to another player, who must catch it, but isn’t allowed to hold it for more than a second at a time. He then throws it to another player, and so on, until one player drops the ‘hot potato’ or holds it for too long.
Variations To make the game more challenging, the players all have to run around as they throw and catch the ‘hot potato’.

COLOURFUL CROCODILE
This is a simple game in which the players are attempting to travel safely to the fairy castle on the far side of the river, without bumping into the crocodile
Age range 3+
Number of players Two or more
What you need No props
How to play One player, chosen as the crocodile stands on one side of an imaginary line, guarding a fairy castle (a tree or bush), while the other players line up opposite.
The players who want to visit the fairy who lives on the opposite side of the river all chant together:
Swim across the water
To see the fairy daughter.
Which colour will she wear?
The crocodile then calls out a colour such as “Yellow”. Any player who is wearing yellow must try and cross to the other side of the river without being caught by the crocodile. Anyone who is caught becomes the next crocodile. 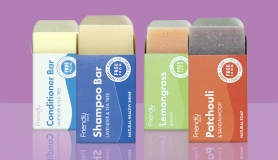 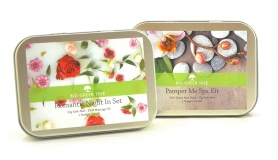 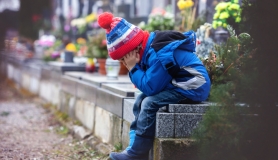 Death is still the most taboo subject in our culture. But as with all natural rites of passage it has the potential to be a profound and beautiful experience 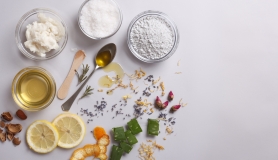 The Beauty of the Face Mask

Many of us find it hard enough to commit to a daily skin care regime, let alone time for a facial treatment every week. We rarely make time for ourselves. "A face mask twice a week, when do I find time to do that?” asks Emma Harvey