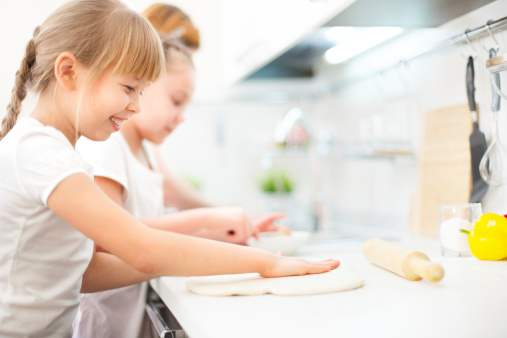 At some point, most parents find themselves with the old pocket money dilemma. Should you give your children pocket money, how much? And, what should it be for? Better yet, when? The general consensus seems to be that pocket money can be a great thing. It teaches children about the value of things, the basics of the economy alongside important budgeting skills. The rest, however, is a little trickier. The age at which your child will be ready for pocket money varies. It always comes as a surprise that our 3 year old daughter is given pocket money.

The decision, for us, came after we realised that she was keen to learn more about money and had already been paying for things by taking our money and exchanging it for goods with various cashiers. We were also looking for a way to demonstrate to her that we couldn’t always buy the things she wanted and that there had to be a limit, because just explaining is rarely as effective as a practical lesson. So, at the tender age of 3 our daughter has pocket money and she gets £3 per week (£1 for every year is a common way to gauge the most appropriate value). This covers luxury items, such as dreaded Peppa Pig magazines, endless plastic cars from charity shops and snacks when we visit the local soft play.

As you might expect, she spent many weeks squandering the money as soon as she could. We respected this as being her decision but gently reminded her now and then that, when it was gone there would be no more until the following week. Gradually, she has learned not to buy things she doesn’t want all that much and has even been known to save up for bigger things.

The finer details of pocket money are personal to each family and most parents know when their child is ready to start handling money. Where they go from there is down to the individual needs of each child.

But, what about chores?
Most parents admit that they expect chores in exchange for pocket money, with many of these jobs including keeping rooms tidy, loading dishwashers and grooming family pets. This sort of exchange is fairly typical, as is the deduction of funds for missed or refused chores. Some parents award extra for doing homework and good grades.

For each of these things, pocket money essentially becomes a bribe and places financial value on things that should carry their own rewards.

In the real world, nobody pays you for cleaning your house and your boss doesn’t simply deduct money from your wages if you don’t do your job… you’re more likely to lose it entirely. So, using pocket money in this way isn’t necessarily teaching our children what we’re hoping and may, instead, be harming their ability to enjoy the inherent rewards in helping the family, being part of a team and doing well in subjects they enjoy.

That’s not to say that there won’t, of course, be many occasions where your children just don’t fancy helping out. Frustrating as that is, all you can do is be honest with them that you need their help and show them that you appreciate the effort they put in. Don’t remind them of all the things you’ve ever done for them in a way that suggests they might owe you, or that you expect they do the same – simply discuss that it’s a partnership and things work best when everyone chips in to help each other. If they don’t help, you’re within your rights to express your disappointment and remind them frequently that you’d like them to help more but controlling their financial freedom to manipulate behaviour is not a positive parental behaviour and will not inspire authentic responses. Instead, you’re likely to get help grudgingly and risk damaging your relationship.

One of the best ways to approach working together on chores is to start them as young as possible. My 1 year old, for example, enjoys pulling wet washing out of the machine and my 3 year old likes to help out with her sister’s nappies, tidying away toys, cooking meals and absolutely adores helping in the garden. I am openly appreciative of their clumsy brand of helpfulness and hope to encourage their desire to be an active part of this family, whilst respecting that they have many days where they don’t and won’t want to help at all. Other ways include making them a part of all aspects of family life, such as big decisions about moving house, where to go on holiday and smaller things like which meals to have the following week. As a heard and respected family member, children are more likely to take on responsibilities around the house if they feel include, as equals, rather than left out of decisions that affect them and then ordered around. If they are an active part of the family, then that cannot only be when it suits the parents.

Pocket money in exchange for chores is not something offered to an equal member of the household and, instead, has the potential to damage your relationship in the important teenage years.

If your child fancies earning a bit of extra cash, however, there’s no reason why doing the odd job like washing the car can’t be seen as a way for them to earn money. Perhaps you could even suggest they set up a little business venture, even, and inspire their financial education further. Get creative with it, pocket money is just the start! 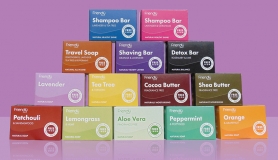 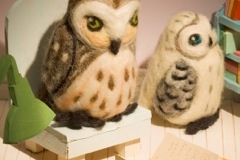 Meet artist and creator Mia Underwood and discover how her Danish grandmother inspired her love of crafting and how her eldest daughter loves to get involved in a messy creative session. 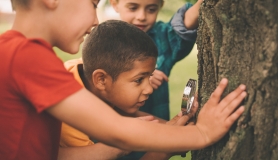 The living world can be a rich and varied classroom - check out these resources for studying subjects through trees. 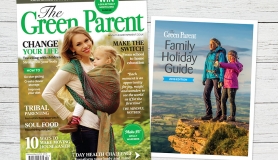 The Feb/Mar 2016 edition has a theme of life-changing experiences. Think how to strengthen your body, how to take a year off and go traveling with kids and one family’s story of switching to home education after school. Want to find out how to get your hands on this gorgeous mag? Read on...