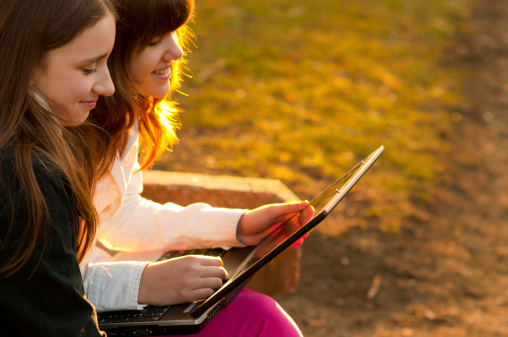 In an age of sites such as Facebook and Instagram, Twitter and blogging, our children are growing up in a world of exposure, where it is normal for people you have never met to know intimate details about your life. It’s difficult for us adults to fully imagine what it must be like to grow up in this environment. We can remember a time before social media, before the Internet and mobile phones, even before computers were commonplace. Our children don’t have that luxury.

Their lives – often from birth and even from conception – are documented for the world. Consider for just a moment what it would be like to have every moment of your life documented and floating out there in the ether – from your first baby photos to the person you had a crush on in school. Both mortifying and terrifying. Teenagers face complexities that would have boggled us at the same age: that the whole school would know about a drunken kiss the following morning; that angsts and insecurities can be revealed and the revelation later bitterly regretted; that those same insecurities might be commented on by Internet ‘trolls’ – people they’ve never met who are filled with hatred.

Sharenting
But it’s not just teenagers. According to research undertaken in 2011, 38% of children on Facebook are under the ‘minimum age’ of 13. Children and teenagers can be forgiven for not yet having the wisdom to discern whether to post something on their social media sites or not. Adults, especially parents, should know better. We have choice over whether to post something or not; our babies/children do not. In a recent article on the topic, the Guardian dubbed the current trend for documenting our children’s lives through social media ‘sharenting’. There’s no doubt that social media has offered many parents a lifeline: a source of comfort, a place to share, laugh or cry, and a sense of ‘coming home’ to like-minded parents. But where does that sense of reaching out to others become an intrusion on our child’s privacy – how much is too much?

A child’s rights
There’s no doubt that this next generation will grow up with a multitude of information about themselves available at the click of a mouse. It seems extraordinary to our generation, most of whom are probably quite pleased that that photo of us at a birthday party with bad hair, bad glasses and a turtleneck is safely tucked away in our parents’ loft, hopefully never to be seen again. But should children have rights over pictures and information about themselves? This came to my attention when a friend set up a Facebook account for her new-born child. It featured scan photos and then lots more pictures of the little one in the first months of her life. Another friend started a blog about her son, including the trials and tribulations of his potty training and details about his behaviour and habits that would certainly be embarrassing when he is older. I also saw a blog post by another woman that was about her child’s ‘first poo in the toilet’ – he’s so pleased with himself, she wrote in capitals. Harmless? A way of keeping in touch with faraway relatives? It remains to be seen how these children – and others like them – will feel about their privacy in years to come. What happens when they go for a job and a potential employer can read all about the aforementioned boy’s inability to control his temper? Will employers take these kinds of sites into consideration when choosing employees?

There are warning cases to take heed of. One concerns writer Julie Myerson who documented her teenagers’ lives in an intimate and anonymous column for the Guardian for several years. She then published an extremely revealing account of her son’s decline into drug addiction; a book that was published under her own name. Readers put two and two together and realised the column was by the same author (though Myerson flatly refuted the claims), and the identity of her children – whose teenage misdemeanours and bad behaviour had been covered in minute detail in Myerson’s column – was revealed. Their response was not printed in the press (though Myerson’s son had plenty to say about the book in newspaper interviews, saying his mother had exaggerated his problem with drugs) but it would be fair to guess that they can’t have been that impressed with their private lives being intruded into so thoroughly.

Blogs – real or not?
Two kinds of ‘family’ blogs stand out: those with glamorous pictures of the perfect family enjoying happy times together, and the others which are warts and all accounts of real family life. There are of course plenty that fall somewhere in between. What is of concern is when a blog reveals intimate details about our child’s thoughts, behaviours, physical appearance, or anything else that should be up to our child to share as and when they see fit. In this way, more than ever before, children have become possessions to be boasted about or bemoaned, to be examined and compared and endlessly, endlessly photographed.

Is this really a problem? Surely if our children have grown up with social media as a frame of reference they aren’t going to mind our documenting their childhoods in this way? Perhaps not, but it all remains to be seen. It might well pay to be mindful of their feelings as we document our own lives, to think carefully about whether they would choose to reveal the information about themselves we feel is so important to share. We are all sailing in uncharted territory with social media, and it is the next generation who will pick up the tab if it goes wrong. So let’s be mindful and careful and imagine them in twenty years’ time, grateful that we didn’t post that picture of them on the potty.

Some things to consider when writing about family life on social media:

1. Consider using a pseudonym or changing your children’s names in your posts. Don’t reveal their location/where they go to school (remember school jumpers reveal this in photos) etc.
2. Turn off your social media accounts now and again and see how it feels to take a break. It will help you assess why you use them.
3. Ask yourself before you post something: is this fair on everyone concerned? If you have to question yourself, or have a funny feeling immediately after posting, take it as a sign and don’t post/delete.
4. Take the time to consider: how would my child feel about reading this in 10/20 years’ time?
5. Remember that content on many sites is free for anyone to peruse.
6. Consider that once you have uploaded photos to Facebook, they are the property of Facebook Inc. To find out more about privacy settings, click here mypermissions.org or here Adjustyourprivacy.com.
7. If you have a craving to share and talk about things that are troubling you, why not see if you can set up a group of like-minded women or parents to meet up in the real rather than virtual world. Or give a close mate a call for a chat.
8. Before you take a photo, examine what your purpose is. Mindfully being aware of our choices in this way can be quite surprising: do we want to show the world what a successful time we are having as a parent, or do we simply want to record this magical moment for our child’s photo album?
9. On that note, why not start an album of special photos: a real, tangible, sit-on-the-sofa with your child kind of album.
10. As your children get older, ask them before posting information. 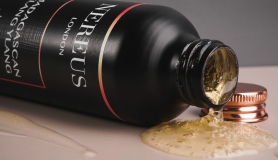 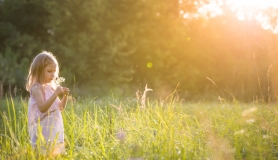 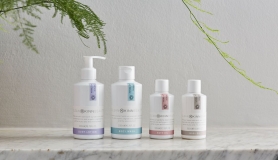 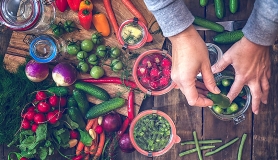 Zero Waste Cooking and Make Your own Pickles!

With supermarket shelves low on food, we're all looking for ways to make use of every ounce of produce. Lindsay Jean Hard has some cool ideas for making the most of food scraps and how to cook zero waste.