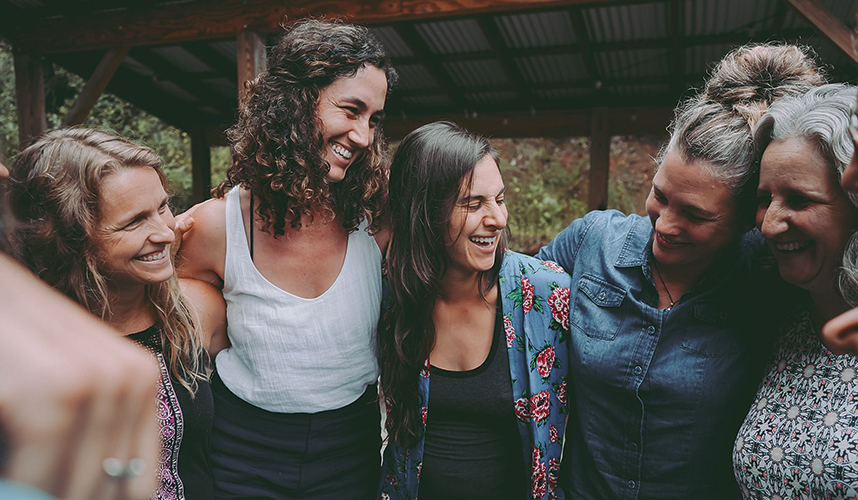 Beth Berry is a life coach, writer, mother of four, adventurer and passionate advocate for the reclamation of motherhood and detangling parents from the life stories keeping them trapped in isolation and self-doubt.

She believes that the mother children need is a thriving one. Working one-to-one or in intimate, longer-form circles of women, she has ‘a revolution in [her] bones’. Her book, Motherwhelmed is available worldwide. Beth believes that we’re all overworked and overstressed. Here’s her tonic

“I became a mother at 17, so motherhood was the backdrop of my adulthood. I was determined to break the stereotype that a teenage mother wouldn’t be a good mother. My maturing happened through care-taking. A big part of my identity was giving to others, as a way of having a sense of self.

I put so much in that I exhausted myself. Idealism ran rampant, but with all good intentions; I wanted to give my kids the best and all the things I believed that they were worthy of. I didn’t have a support network as I believed that I had to do everything myself in order to be a good mother. However, I finally got to the point after I had four kids when things were really rough, and I realised I had to put my myself in the lineup of people whose needs mattered.

My marriage was not going well, and I was looking around at my life thinking I loved my kids so much but I just hated my life. That’s when I realised that I really needed some breaks from mothering, I needed some space to be.

When I look back, I can see I hadn’t created any space or time for myself as a person. There are needs we have as women that we have to meet elsewhere in order to feel whole. Otherwise, there’s these atrophying parts of ourselves. I once had an injury from yoga, which had everything to do with some muscles being overworked and others being underworked. And that feels like a metaphor; when we’re using the supporting muscles too we can’t just overwork these few parts of ourselves without injury to the whole sense of self.

Change was a gradual process. I was invited by a friend to to join her knitting circle. A little once-a-week, evening thing, but the first time that I had regularly invested in something just for me. I prioritised that, and it was really surprisingly restorative, because it was meeting a lot of needs. I was getting away from the kids, interacting with other women and being creative. Plus it was in my neighbourhood, so I was building community. It was meeting multiple needs; there are some choices we can make that create a much bigger impact.

“The more women are divided, the less powerful we are. Our natural way would be living in communities, the kids being raised among many people, supporting one another in multiple ways daily”

So I hit my low but then realised that I wanted to do something different. My husband at the time was laid off and we had always wanted to move to Mexico and and learn Spanish. So we saw that open window and and took it. A year turned into four because it was so rich and nourishing on so many levels. One of the biggest gifts of that time was being able to move slowly through the world. I was healing my nervous system. That’s when I began writing.

I began to build a readership through my blog, then, four years later, when we moved back to the States, to North Carolina, I began coaching.

Motherhood, like so many other realities in our world has been taken over and by norms and narratives that don’t suit us. There are so many reasons that we struggle as parent, but a lot of it comes down to the fact that the story of motherhood has been taken over by big business and by consumer culture. Who’s telling the story of motherhood is a question that we need to ask, and who benefits from this version?

We’ve got to reclaim motherhood and say this is not the version that we choose. We have to reimagine things, because so much of what we’re wanting to create hasn’t been seen before. If we were all living in villages, and had community support, then we’d be getting closer to what we want. But there has to be a new version of that, because we can’t just snap our fingers and restructure communities. So how do we develop a community, a village mindset?

Sometimes it’s hard to find mothers who are like-minded within our local communities, but we have this opportunity to connect online, in a global network, and have these life-giving generative, creative, visionary conversations with other change-makers. We can then take that into our local community in individual ways, depending on who we are and what we’re meant to offer; whether your calling is a doula or a corporate CEO, to infuse that with this vision of a way for a different foundation for motherhood.

We need to heal from what I call mother wounds and sister wounds; the way women don’t trust each other and the damage that has been done. A lot of this has been manufactured in us by the patriarchy. The more women are divided, the less powerful we are. Our natural way would be living in communities, the kids being raised among many people, supporting one another in multiple ways daily, and the further we get from that then the harder it is to feel our true power.

I get a lot back from coaching and the circles, particularly when I’m working with women who have a strong inner fire, a sense of purpose, that is blocked. If I can be a part of supporting that woman and figuring out what’s keeping her from her power that’s infinitely rewarding for me. In the circles, there are a lot of people waking up to realities and then being able to have that sense of ‘I’m not the only one feeling this way’. When we realise that these struggles are not a personal inadequacy, that the major issues are structural, that’s powerful.

​This article originally appeared in issue 101 of The Green Parent magazine. Get the whole edition delivered to your door. Click the button below

Yes! I want to receive issue 101 please!
Get our weekly inspiration email 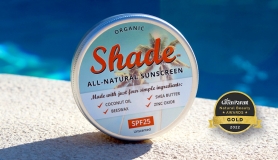 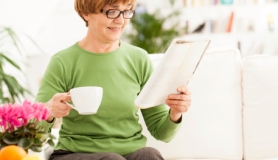 Listening to the news can be a disheartening activity. We are bombarded with stories reminding us of what a violent, dangerous and disconnected world we live in; where people bomb each other and steal and attack and kill, and the natural world is a predatory monster devouring lives. It’s good to have an antidote to all that doom and gloom. To stop every once in a while and remind ourselves that yes, bad things happen, but plenty – PLENTY – of incredible, awe-inspiring, heart-warming, life-enhancing things happen too…every second. 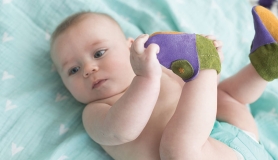 Win a year’s worth of healthy children’s shoes

Handcrafted by the elves at Softstar in Oregon, USA! This £230 prize package consists of four pairs of beautiful children’s shoes - one for each season. 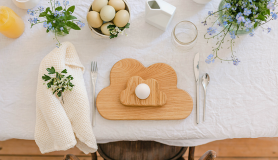 WIN a £100 voucher to spend on Eco-friendly tableware, wooden toys and more at bluebrontide.com

Blue Brontide believes children's items should not only be beautiful but built to last, becoming treasures in your family that will be passed down to others...