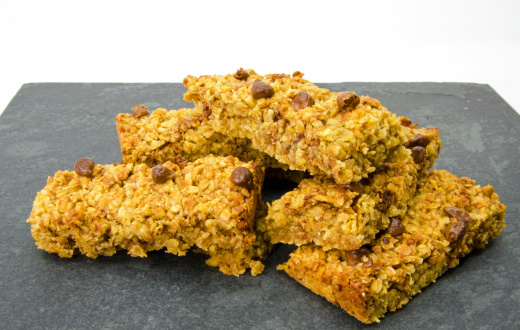 Bread pudding is my partner’s default way of using up old, stale bread. But it can be a stodgy end to a meal, leaving you feeling bloated. My partner is always experimenting with his recipes and trying out new versions. This month we’ve been eating less wheat and cutting out sugar completely, so his bread pudding took a new twist. He wanted to make something that would be suitable for an afternoon snack and perfect for nibbling when you have an energy slump. Something our toddler would enjoy eating on the go too. So plenty of nuts and seeds make an appearance, and the bread pudding morphed into a kind of flapjack in texture.

It has a very healthy kind of taste, so if you’re having a break from sweet cakes or biscuits, it takes a while to appreciate the sweetness of the raisins (the only sweetener). But once your palate becomes accustomed to sugar-free eating, you really begin to notice the sweetness of things like raisins.

This is a rough approximation of his recipe as he’s not really a measurer when it comes to cooking, more a make-it-up-as-you-go-along kind of baker. That makes for a slightly different flavour and texture each time: if you can handle that kind of ad hoc recipe, have a go at making your own variation, adding or subtracting ingredients as you go. It is absolutely delicious straight from the oven with a slathering of butter.

Ingredients:
300g fine oatmeal
150g mixed nuts and seeds: brazil nuts, hazelnuts, almonds, hemp seeds, flaxseeds
Large handful chopped dates or raisins
2 eggs
1 tsp cinnamon
Approx. 500ml milk
How to make:
1. Preheat the oven to Gas mark 6 and thoroughly grease a deep baking dish.
2. Crush the nuts and seeds using a pestle and mortar.
3. In a mixing bowl, mix the oatmeal, nuts and cinnamon together.
4. Beat the eggs in a small bowl before adding to the oatmeal mixture.
5. Pour in milk until the mixture is covered then leave to stand for 15-30 minutes until the mixture has soaked up the milk.
6. Add more milk if needed to make a sloppy texture then pour into a baking dish and bake for 50 minutes or until the top is golden.
7. Remove from the oven and serve sliced with butter and a nice cuppa – yum!
8. Will keep for a day or two in an airtight container. 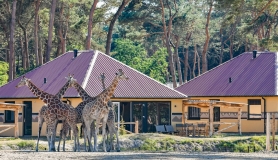 Baby and toddler holidays to Holland and Belgium - More... 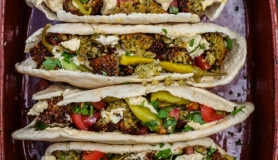 Crunchy, fried falafel option for the indulgent mob. Baked falafel for the healthy mob. These pittas will blow your minds. Feed a family of four for under a tenner. 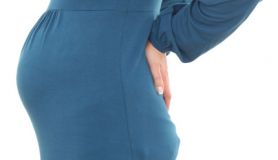 A first-time mum, who had suffered back problems since her teens, was very aware that her problems could be exacerbated by pregnancy, combined with her daily commute to London from Brighton, writes Laura Berrill. Here's how she used alternative therapies to heal. 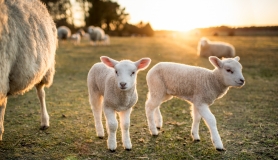 An Imbolc Celebration for Your Family