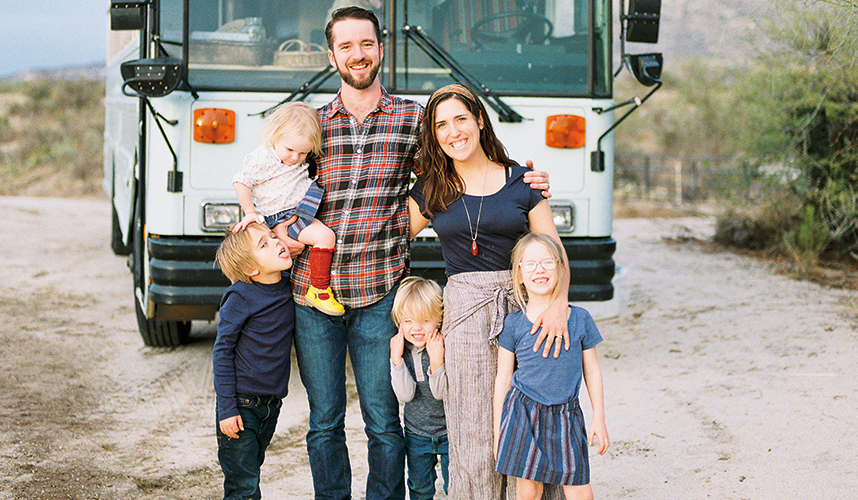 This #ThrowbackThursday, Meet seven families who live in their converted vans, travelling the world. Words: Jesse Klein. Although this might not be possible right now, it's good to dream!

If it wasn’t for the curved roof or the large steering wheel and driver’s seat in the front, Rob and Robin Schannep could be standing in a luxury apartment in Brooklyn. There are hardwood floors, a side table and a corner sofa that wouldn’t look out of place in a minimalist’s modern apartment.

But it’s not an apartment. The Schanneps live in a 300 square foot aqua blue school bus with their four children, exploring the rural United States. The four kid-sized bunk beds with sliding doors that fill the middle third of the bus look like a Japanese pod hotel. It’s slightly claustrophobic when they walk through the tiny hallway. Then there is toilet and shower followed finally by the parents’ queen bed. Each separated by a floor-to-roof door.

The Schanneps are part of the explosion of people who have chosen to give up a traditional house and move into vans or buses full time —known as it’s Instagram hashtag Vanlife. With the rise of remote work, skyrocketing housing prices and millennials’ love of travel, Vanlife has become a bohemian revolution. Search the hashtag on Instagram, and you will find photo after photo of millennial couples with their feet framed by their bed, a van back door and the beautiful vista just beyond their toes.

But the Schanneps, with their four children, represent a very different side of the Vanlife popularity: families who have decided to bring their children along for the ride, raising them on the road.

Many families still hold onto an outdated version of domestic life. The modern world has convinced most parents that they need a large house with a garden to raise children well, but these families have decided that isn’t the case. They left their nine-to-five jobs in favour of remote work, pulled their kids out of school and into home-education programmes, to travel full time instead.

“I honestly think he is going to have the best start to his life,” Emma Barr, mother of 18-month-old Flynn, living in a 2009 Mercedes Sprinter van, in Australia says. “He is already so adaptable and so happy to go with the flow, and experience things and as he gets older, I think those characteristics will start to develop more.”

“I had this beautiful picture of moving together and living life as a family. I was greedy for more time together”

MAKING IT SAFE
Explaining this way of living to a young child can be difficult. Their world is constantly shifting which can be hard to grasp. Ashley and Lamar Fite live in a Ford Transit 350 with their four-year-old daughter, Everly. Because of the van lifestyle, she has friends all over the United States. But rarely gets to see them for more than a few days and goes long stretches, sometimes up to a year, without seeing her best friends in Houston and Phoenix. The Fites work hard to explain the realities of space and time to a child less than half a decade old. “We always get a map out,” Lamar said. “We explain to her that ‘we are here, they are there and it would take this long to drive to where they are.”

Because the external world outside the van is never stable, parents emphasize keeping their kids to a schedule. Cat Ferrara, a mother living in a 1978 VW, maintains strict bed, waking and meal times for her five-year-old to give him some sense of routine. Lindsay Keller, living in a 1986 VW Westfalia, has put her four-year-old down for a nap every single day at 1.30pm for over a year while on the road.

To provide a sense of stability Schannep implemented a quiet time every day on the bus for her four children. It was also a way to give them a little time away from each other, if not physically at least mentally. Teaching them how to hold their own space in such close quarters.

MAKING SPACE
Living on top of one another is the hardest adjustment for most families moving into a van. It can be overwhelming and extremely draining to have no escape and little personal space. “In a house, so many little things just get swept under the carpet, and you don’t deal with things,” Barr said. “But because here you are in such a small space, everything is exacerbated. Your mood affects everyone so much more. Everyone picks up on that vibe because you can’t just walk into another room to have time apart.”

There’s no hiding at a job for most of the day. Or sleeping over at a friend’s house. Or even just going to the gym. Families have to be aware when someone needs to be left alone or if the issue should be confronted head-on. The lack of space becomes a forcing function for both parents and kids alike to master one of the most important tools, not only in relationships, but in life; communication.

“Something that was very helpful we learned early on was being able to identify your stress almost immediately and being able to put words to it instead of letting it fester,” Schannep said. “We want to give our kids words for why they are feeling bad.”

“The children have only a small cubby for their toys. But when the van is parked, the entire world is their backyard”

PLAYTIME
Of course, it’s not just people that take up space in 80 sq. ft. Each item or object in a van full of children and adults needs to serve an exact purpose. The important things need to be easily accessible, and everything should do double duty. But the lack of space means only one thing to a kid, fewer toys.

“Our daughter learned a lot when we had our garage sale and she saw her toys being sold,” Lexi Rosene, mother of a four-year-old girl and two-year-old boy living in a 2017 Mercedes Sprinter Van said. “She did have a hard time letting that stuff go. But once she gets outside, she is more interested in the seashells anyway.”

While other kids might have drawers full of clothes, playsets and boxes full of toys, van children are different. The Schannep children have one drawer for clothes and one for shoes. The Rosene children have only a 12-inch by 14-inch cubby for their toys. But when the van is parked, the entire world is their backyard.

But to these families, the sacrifices in space are worth it for the time together, the ability to slow down and perspective to reflect.

SHARING LIFE
“I think there is this weird idea that the family has to be broken up,” Schannep said. “Kids go off to school, Dad goes off to work, Mom twiddles her thumbs at home or goes off to work too. But I was wondering what it would look like if we actually did life together. I had this beautiful picture of moving together and living life as a family. I was greedy for more time together.”

In a van, a family is together 24/7. Some parents may see that as a challenge, but after a few years on the road, it has become not the norm.

“Other families have reached the point where they say they need their kids to be out of the house five days a week,” Dan Lin, father of three children between six and 11 living in a 4x4 sprinter van in Europe said. “They see us together all the time and say that would drive [them] crazy. It’s difficult for me to imagine sending the kids away. We want to have them around; it doesn’t feel like a chore.”

In this environment, parenting becomes a team sport, and there’s no excuse for not being on the same page. Information about the child isn’t relayed from teachers at school or babysitters at home. There’s no delay between an issue arising, understanding it and working to resolve it.

“In our previous life, in a house, if an issue came up I couldn’t deal with it right away because I needed my partner’s opinion,” Keller said. “But now we are literally right next to each other, so if anything is going on, we immediately respond to it together.”

But being that close to your kids also means parents have to get a little inventive when it comes to the intimacy necessary to keep a relationship healthy.

“It does make you get creative,” Barr said. “We still have a very active relationship. We are very good at having quiet moments.” “It’s like 50 percent stealth,” Lamar Fite said.

Vanlife can seem like a dream, Vanparenting, on the other hand, could look like a challenge. But van families learn and grow to find a happy middle. It’s not perfect or carefree, but it’s not chaos either. It’s just life.

IS VANLIFE FOR YOU?

Pete and Taylor have been traveling for two years. Read their adventures at alwaystheroad.com. Here are the questions to ask before you embark. 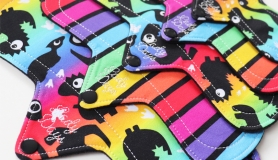 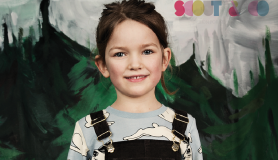 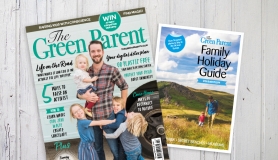 A Year of Adventure

The first Green Parent magazine of 2019 has just been released and there’s plenty inside to inspire a year of adventure and connection for your family. 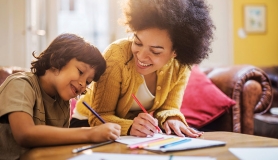 Unschooling as a Single Parent