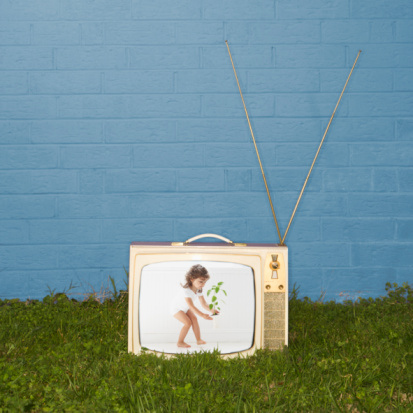 If, like myself until fairly recently, you have had the good fortune to never have seen an episode of Peppa Pig – you may be wondering what you are missing. Her face is often seen on everything from T-Shirts to Tupperware and most children seem to be familiar with her. If you haven’t personally seen an episode before, you will likely know somebody who has.

We’re a conscious TV watching family. Whilst the baby watches none at all, as she tends to become alarmingly transfixed, I like to believe we have healthy television habits. We avoid advertisements, watch TV with our children and practice a form of radical unschooling with our eldest, who is three and a half. This basically involves full freedom over the television including, when and how much. We’ve experienced great success with her watching drastically less than at any other time and finding it mostly boring after the initial binge. And then, along came Peppa…

Peppa, who lives with her parents and younger brother George, has presented some challenges in our home. Around the time my daughter discovered her, she began to imitate some of her behaviours. Suddenly, words like “hate” featured in her daily vocabulary and she began telling her father that he has “a big fat belly” – both of which have featured in episodes that we have seen. I have been quite disturbed by the change. Of the many different TV shows she has sampled, this one has been the only one to have any sort of effect on her behaviour.

And it would appear I’m not alone. With parents claiming their children have started asking for “chocolate cake” for breakfast, much like Peppa’s younger brother, and suddenly declaring vegetables “yuck” and refusing to eat them, the concern over Peppa’s influence is growing amongst children and psychologists alike. Dr Aric Sigman believes that parents were being ‘naïve’ if they think that what children watched would not affect their behaviour, noting a marked increase in “adversarial” behaviour in recent years which he attributed to cartoons. Some members of Granny Net, a mumsnet site for grandparents, challenge the effect of Peppa – comparing her with Tom and Jerry and blame a “lack of firm boundaries” for copying poor behaviour.

But, can a TV show permanently change a child’s behaviour for the worse? The research would suggest it is possible, but not in the way that we think. As a conscious TV user, I noticed that the effects of television on my youngest child were significantly different to that of the effect on my eldest. Sitting like a tiny zombie, she would watch anything from a cartoon in our living room to the recent Wimbledon final on a screen on the other side of a soft play centre. She is mesmerised and it interrupts her ability to play and even interact with people around her. My eldest, though she always enjoyed it, would happily potter about whilst watching a cartoon and has never shown any interest in live action television in any form. Naturally, we took action to protect the baby and to help our eldest to self-regulate. Research into the effects of TV has found some alarming results ranging from the kinds of behaviour described by Dr Sigman to developmental delays. Failure to recognise negative effects quickly can result in permanent behavioural and developmental changes, this is why many parents choose not to allow TV of any kind for their young children.

But my issue isn’t with TV itself. I believe we have found a healthy balance with minimal television in our lives. The problem, I believe, lies in TV shows like that of Peppa Pig. With limited educational value and unnecessary “cheekiness”, Peppa targets the interest of young children who enjoy testing boundaries. Unlike the obvious mischief of Tom and Jerry, Peppa and her behaviours are accessible and relatable to children who enjoy asserting their ideas and independence. The problems posed by Peppa are issues we, as parents, will likely face at some point when our children inevitably interact with others who may not embody the values that we personally encourage. Whilst many parents have taken action and have outright banned the TV show in their homes, I believe in more constructive action whilst maintaining my daughter’s personal freedoms.
So, we’ve adopted a few important steps to surviving the effects of cartoons like Peppa that can be used by other parents in a similar situation whether you watch TV in your homes or your children watch TV elsewhere:

DON’T RISE TO THE BEHAVIOUR Children often repeat behaviours that create strong reactions as they experiment with social issues. Simply letting them know that some words are unkind, and might make people sad, calmly directs the child’s attention to the problem.

WATCH AN EPISODE TOGETHER Kids TV can be annoying to watch, but getting a sense of the shows they are watching can help you to combat any issues that may arise.

OFFER ALTERNATIVES Rather than just telling your children what not to do, let them know about more positive ways to speak or behave.

REALITY CHECK Younger children can sometimes struggle to distinguish between what is real and what is not, so gentle reminders that cartoons like Peppa aren’t real and that people who are real who behave as she does may face certain social issues can help children to keep perspective.

EMBRACE EXPERIMENTATION Though it can be frustrating, no amount of poorly behaved TV characters can permanently alter the behaviour of a child that comes from a loving and support home that models positive behaviour. Let go of your fears and see each challenge as social experimentation and an opportunity to learn.

BE VIGILANT If you suspect your child’s interactions with TV are negatively impacting their behaviour and development beyond normal experimentation, it may be necessary to limit or completely cut their TV time. This is especially important for the under 2s. 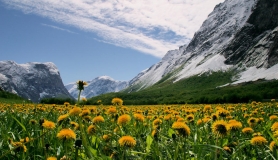 In praise of the Dandelion

Do you see a weed, or a wish, when you see a dandelion? Naturopath and Herbalist Emma Schade-Stylli, graduate of CNM (College of Naturopathic Medicine) puts the case for this humble plant, with its array of wonderful health benefits. 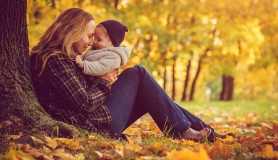 Victoria Rothe explores whether she wants to take Maternity Leave or not. 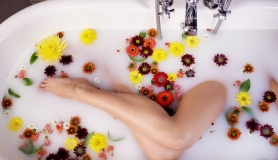 Make Your Own Spa