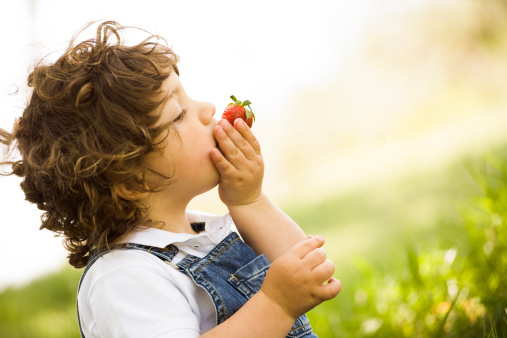 What is it?
Unfooding is a philosophy. Based on the notion that children are capable of self-regulation, under the right conditions, unfooders believe that conventional food wisdom may be harmful to the health of not only children, but adults too. The ideas behind it are very simple.

To begin with, there are no set mealtimes and eating at the table isn’t mandatory. Most parents will have observed that their children prefer to graze throughout the day and that they eat better on the move. However, grazing is actively discouraged in favour of 3 square meals and a couple of snacks with parents worrying grazing will spoil their child’s appetite. The dinner table is also a tradition that many families enjoy and wish to maintain.
When it comes to the actual food, it is believed that children should be able to choose their own food. Whether that’s chocolate or an apple, a burger or some salad. You read that right: unlimited access to junk.

How does it work?
Our children start out in life, if they are lucky enough, being breast (or bottle) fed on demand. This, we all accept, is good practice and we follow their lead in knowing what they need. Then, many of us introduce solids around 6 months via Baby Led Weaning as it is believed to be the natural extension of feeding on demand and the evidence suggests that it reduces food fussiness later in life. At some point, however, we stop trusting that our children know what they need and we start to regulate mealtimes. We start to fret over what they’re eating, fearing it’s too much or too little and not enough of the right things. At some point, we take over.

Unfooders believe that food freedom never has to end.
When we discourage grazing, we are moving away from our biological norms. Set mealtimes are a modern convention designed to fit around a working day. When we listen to our bodies, in the way that fresh new beings like children do, we are actually more inclined to graze and this is considerably healthier. It has been shown to help maintain a healthy weight, a steady energy supply throughout the day and has helped some people stop snacking in the evening.
Having free access to junk food is enough to fill most parents with fear, with many believing their child will naturally make “bad” choices. The behaviours of children living with food freedom may surprise even the harshest critics, however, with the majority anecdotally reporting their children opting for healthy foods over junk foods and seeing more discarded junk food snack than healthful alternatives. But, why would that be?

Our relationship with food is the key here. When we consider junk “bad”, we give it a forbidden fruit status. At some point our children will be out in the world without and, whether that’s at a friend’s house or the school tuck shop, they will encounter these foods and, inevitably, they will try them. They’re also going to enjoy them and that’s where the bad relationship is formed. When we can’t have something that we like, we want it all the more. With food relationships being formed in childhood, this kind of thinking has potential for long term repercussions such as binging on junk food when the opportunity arises. When we consider junk to be “just a treat”, we are also giving it a special status. The connection between food as a treat and food as a reward is very strong and comfort eating in adulthood is often linked to certain foods being a treat, a reward and a celebration. We attempt to recreate those feelings when we are going through touch patches.

So, what does an unfooded child look like?
In the short term, as you switch over, you are likely to see a binge. Your child will likely go crazy for all the foods they don’t usually have access to and possibly even eat themselves sick. It’s not pleasant, and much less common in younger children, but it’s almost always a one off. They quickly see the consequences of too much unhealthy food and learn about why, exactly, moderating their intake is important.
After this, it can take a while for things to settle down into normality – particularly in older children with more established habits. You may see a worrying imbalance in favour of foods you don’t like, at times you wouldn’t like. This is temporary, whilst the child, their body and their mind adjusts to a new way of living. During this period, try to steer clear of emotive discussion regarding “good” and “bad” foods and instead try to gently remind your child about healthy foods that will make their bodies feel good.

In time, children learn to self-regulate and to pay attention to their bodies. Unfooded children tend to be grazers and their appetites wax and wane, seeming hungrier some weeks more than others and more into junk some weeks than others. Unfooded children can often be observed to be going through a growth spurt of a specific variety, before even their behaviour changes. Opting for protein rich foods usually means a neurological growth spurt, whilst carbohydrates often signify a physical development.

Sometimes they’ll eat cookies for breakfast, sometimes they’ll eat a stew. Sometimes they’ll eat dessert before dinner and sometimes they’ll not fancy dinner at all. With the freedom to choose, you are going to see a big difference in your child’s eating habits so it is important to make peace with this before it happens, if unfooding is something you would like to try for your family. It is a journey and the destination is a healthy adult with no food hang-ups. We cannot be there to enforce good food habits forever, so it has to be something they learn for themselves.

Still freaking out about the junk?
Here are a few tips, to ease you gently in:
• Discuss health with your children. Don’t do it as they reach for the third slice of cake, however. Make it something you talk about casually and often.
• Model behaviour. Don’t eat perfectly during the day and then binge in the evenings. Children know more than you realise and it won’t be long before they’re onto you. Practice what you preach.
• Bake together. Baking is fun and you can make all kinds of delicious goodies that you know are better for your children than many shop bought varieties. This also teaches your children important lessons about where their food comes from and what is in it.
• No junk at home. If it makes you uncomfortable, you can simply explain that you won’t be spending the shopping budget on certain foods that can be made more cheaply at home. You can also explain that when out and about, your children are free to pick as they please. It might not be unfooding 100% but, combined with allowing grazing it is a big step in the right direction.

A good book to get you started: My Child Won’t Eat by Carlos Gonzales 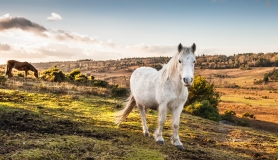 Walking in the New Forest

Explore the New Forest this weekend with these guided walks which form part of the annual Walking Festival. 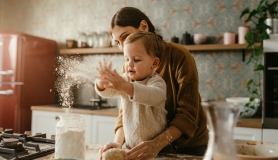 Whilst everyone is hunkering down at home, many of us will be using the time to bake delicious cakes as a teatime treat for the house; but don’t worry if you can’t source all the ingredients for your favourite recipes, here are some store cupboard tricks to help you to adapt. 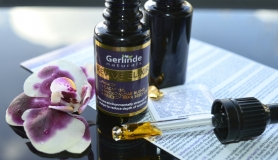 Gerlinde Seeley is the owner, founder and creative mind behind the Gerlinde Naturals vegan friendly skin care range. Born in Austria she was brought up by nature and green lifestyle embracing parents. The whole family is involved in herbalism, aromatherapy, natural therapies, healthy nutrition. She lives on the English east coast with her husband.