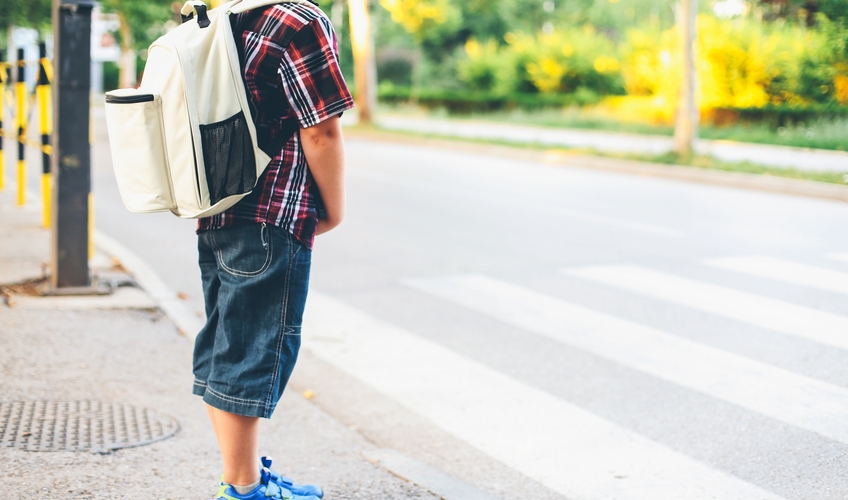 For many parents, the thought of letting their offspring walk to school alone is source of much angst.

But the Spanish city of Pontevedra has decided to advocate giving children their space.

Launched in 2010, the “Road to School” programme has been taken up by seven establishments in the northwestern city which believe that far from being in danger, children as young as six actually thrive going to school without adults, developing strong self-confidence. This initiative in part came about because of research by Italian educational psychologist Francesco Tonucci, who believes in giving kids autonomy.

According to city statistics, 25 percent of students aged six to 12 walked to school alone last year.

“When I was a kid, we played in the streets, where we would discover the world,” he tells AFP in Pontevedra, an 83,000-strong city in Galicia.

“Now, we have to rebuild this normality.”

His ideas have inspired some 20 cities in Spain, as well as schools in Italy, Latin America, Turkey and Lebanon.

Adamantly against “computer games made to keep children at home for a long time,” Tonucci tells parents to let them out and “invent their own games”.

“It feels like a form of abandon but it’s a way of loving them: I leave you alone because I trust you.”

He believes that “the presence of an adult deprives children of surprise, of discovering things on their own, of risk-taking, which is an essential part of playing.”

Pilar Lores, principal at one of the schools that has adopted his ideas, says the act of letting children walk alone builds their self-confidence.

“They have to look after one another, they also arrive more awake, fresher, and hyperactive or fidgety children are calmer because they have released their adrenalin,” she says.

This initiative has also had the effect of reducing car traffic and creating more pedestrian and cycling areas and earned Pontevedra a UN Habitat prize in 2015, which aims to reward individuals or institutions for improving living conditions in urban centres.

Read the full story at France24.

What do you think?

Join the conversation with over 8,000 like minded parents in  The Parents Lounge. Throwing an eco-friendly baby shower isn’t as hard as you may think. You can keep your celebrations green without giving up the fun explains Natalie Roberts. 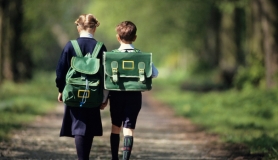 Launched in 1995, Walk to School Week is a national campaign with a simple aim – to encourage all parents and children to make walking to school part of their daily routine. There are now over 6,400 schools and 1.6 million children taking part. The campaign is run by Living Streets, the national charity which stands up for pedestrians

Throwing an eco-friendly baby shower isn’t as hard as you may think. You can keep your celebrations green without giving up the fun explains Natalie Roberts.