Oct/Nov issue out now - get it delivered to your door 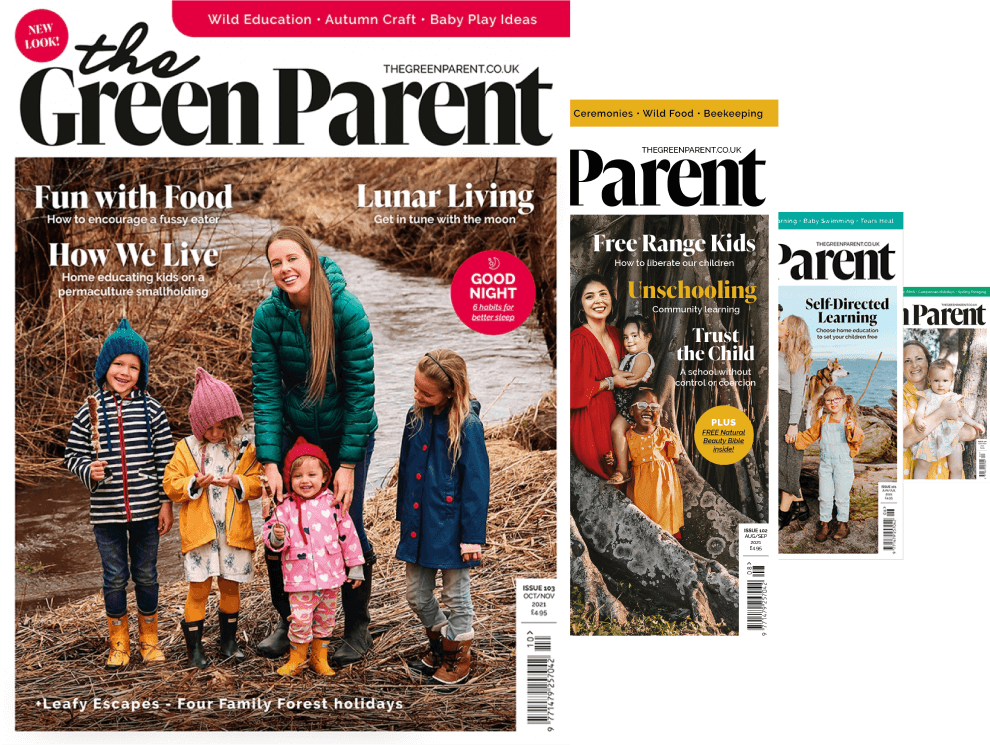 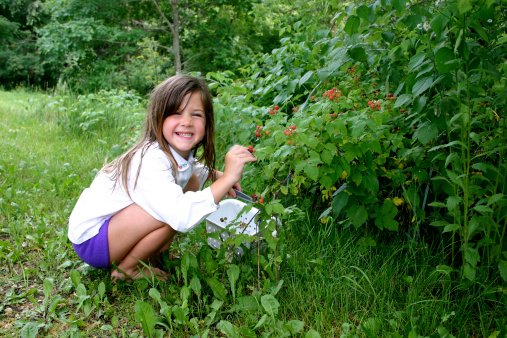 The hedgerows are literally bursting with life, and now is the time to get outside and enjoy some of nature’s bounty. Here’s a roundup of just some of the tasty treats available with some great recipes to inspire you:

Wild Garlic
Wild garlic is abundant across the UK, found mainly in woodland growing as rampantly as a weed. It is easily recognisable by its smell, and its many accolades include its antibacterial and antiseptic properties, as well as the fact it’s even more powerful than ordinary garlic in reducing blood pressure. It’s a versatile plant and the recipes below reflect just some of the possibilities, but it’s equally tasty simply thrown in a salad.
Wild Garlic Frittata recipe
Wild Garlic Soup recipe
Wild Garlic Pesto recipe
Wild Garlic and Sausage Fusilli

Dandelion
When your garden is full of yellow flowers that threaten to swamp out everything you’re growing, fear not! You have at your disposal a versatile and abundant source of food. Dandelions have long been used for their medicinal properties and they’re rich in nutrients including protein, calcium, iron, and vitamins A & C. Young dandelion greens can be tossed in salads and young leaves can be cooked like spinach. Leaves should be gathered before the flowers bloom as they will become increasingly bitter and tough.
Dandelion Wine recipe
Dandelion Risotto recipe using petals
Dandelion Fritters recipe
Dandelion Black Walnut Muffins recipe

Alexanders
Also known as ‘horse parsley’, Alexanders can be found on clifftops and in hedgerows along the coastline. Introduced to the UK by the Romans, it is an incredibly versatile plant with every part of it being edible: seeds can be used as a condiment, flowering tops can be cooked like broccoli, unopened flower buds can be pickled, leaves and young shoots may be eaten raw in salads or cooked and added to soups or stews, and stems eaten like asparagus. Alexanders is a member of the carrot family (Umbelliferae) which includes the deadly poisonous hemlock, so extra care should be taken when identifying and harvesting.
Alexanders, Prawns and Chilli with Spaghetti recipe
Alexanders Chutney recipe
Vodka Tricolore recipe

Japanese Knotweed
Japanese knotweed is often despised by gardeners: this virulent plant is one of the 100 worst invasives on the Global Invasive Species Database. It grows fiendishly fast, and can break through concrete and invade buildings. What better way to beat the invasion than by gobbling up the invader?! Commonly seen on wasteland, it grows on disturbed soil, along roadsides and riverbanks, in other moist areas, along deserted railway tracks and in fields.
Dandy Knotweed Muffins recipe (running down the right of webpage)
Japanese Knotweed fruit leather recipe
Strawberry and Japanese Knotweed Crisp recipe
Sesame Stir-fried Japanese Knotweed 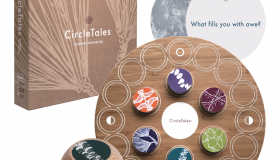 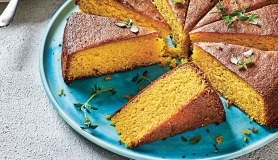 Emily Jonzen uses ginger and turmeric to spice up your life and ensure your immune system is in tiptop condition... 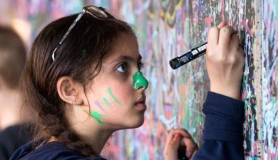 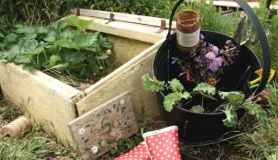