Hi - was just posting about open fires and it gave me an idea for a thread to discuss letting children do potentially dangerous things, for example when i was six or thereabouts I used to make my mum a cup of tea! I currently havent let my children use the kettle but wonder when they are old enough to do these things, I have just started to let them get things out of the oven on their own (they are 5 & 6). I also now let them use the sharp knives if they are supervised and they can use the proper sharp scissors as those kiddy ones are so useless! I was just interested to hear other peoples views on what they do or dont allow and thoughts on giving children responsibility for things in or out of the home which are not 'completely' safe…. eg tending an open fire etc would like to hear any thoughts….............

I'm definitely of the opinion that if they aren't allowed to do potentially dangerous things they will never learn how to do them safely. However, i would temper that with the idea that different children are ready to manage these things at different times and it's hard to generalise. I let my daughter use real scissors from an early age because she was always very careful. My son, however, waves things around with gay abandon with no understanding of their potential danger so I am more circumspect with him. Similar with road safety - I let my daughter off her reins much ytounger than my son is now as she was always pretty good about road safety whereas my son will happily wander into the road in a world of his own.
As for ovens, given that i ahvea huge burn on my arm where I accidentally touched the shelf when I was taking a cake out last week, I don't think I should be allowed to use it unsupervised

My children are 11, 9 and 7 so they are a little older. My 11 year old can bake cakes, make cookies and she knocks up lovely onion bhaji's and lentil burgers. She was experimenting in the kitchen yesterday from the Happy Campers book and she made a rosemary hair rinse for me to make my hair shiny (bless). This all involved boiling kettles and handling very hot water but she has been assisting me for years so I've recently been leaving her to it and trusting that if she needs help she will ask.

I also allow my 9 year old and seven year old to bake cakes with supervision and this involves getting the cake in and out of the oven.

I am really proud that my children are sensible and trustworthy to do these things.

We have also always had an open fire in our house even when the children were very small and it's surprising how quickly they learn to stay away. They now can light the fire and tend to it no problem. Perhaps I'm a little irresponsible???? :o

good thread!
My daughter is 6 and although I give her the free reign to take stuff out of the oven, she doesn't want too. She is just getting used to opening the door, We have a fan oven though and you have to stand back or you get a blast of hot air.  ;D

She doesn't want to use the kettle and I have to say I am very relieved of that; boiling water *would* concern me

She has been using sharp cutting knives and proper scissors since she was about 3 I think, and she is allowed to help herself to these items without supervision.
She tends to the fire as you know from the other thread.
I've never told her not to climb or lift heavy things etc.
She has no road sense, so I don't let her across the road without me.
She uses a grater (they can be pretty viscious if you've ever been on the receiving end of one LOL!)
She is allowed to use proper tools such as screwdrivers and small saws if she is supervised.

the continuum concept book, despite many of my reservations about other parts of it, made a lot of sense to me regarding allowing our children to do things instead of protecting them. Also, our steiner-esque type ideas fit in with allowing children to do 'normal' activities

I have let my children use ordinary scissors from a very young age and most importantly showed them the correct way to carry them, I think carrying scissors wrong is more dangerous than actually using them!  My eldest is 9 and I guess she is getting to the stage where she could make a hot drink, but she is like I was - very clumsy and so I'm not going to rush this!  There is always the potential problem of smaller siblings watching the older ones doing something like that and wanting to copy which I have to watch out for.

I have let them use sharp tools like junior saws and hammer and nails etc from about 5 as I believe the only way they will learn is to actually have a go and although accidents with these things would hurt, it wouldn't (hopefully) be lifethreatening.

My eldest DD will probably get a proper penknife for her birthday next March.  She often watches me with my much-loved Swiss army knife, whittling at sticks in the garden and has said she would like to do the same.  I had a pocket knife at around the same age and I was very respectful of it.

I'd be a bit cautious about the oven for the children too, we have a fan oven and you're right about the hot air!!  They put things into the oven, but I tend to take them out as it can still be tricky for an adult - I dropped a Vic sponge yesterday because the oven glove slipped!

I watch my children like hawks with traffic as we have only ever lived in places with a fast road outside and although we're now in a cul-de-sac, they have no concept of negociating traffic, or maybe they have and I'm worrying too much.  I suppose, with traffic, you don't get a second chance very often.   :-[  It's a bit like a friend of mine who didn't have a stairgate because she said if they fell down the stairs, they'd be more careful next time!!!  I have always liked to see lots of supervised practise of stairs before I remove the bottom gate!  I still have the top gate on at night in case of them getting up to use the loo and getting disorientated.

I think it depends on the child and maybe too on the adult.  I'm probably more blase about sharp instruments than I am about say water or fire.  It's a very interesting thread.

Im afraid that most of the time i am a very wary and nervous parent even after so many children, and i am probably very over cautious with everything that they all do.  I do also think that it does vary greatly from child to child as to what age they can be trusted to do things sensibly and carefully.  Ive not let any of them go up or down the stairs on there own until they were at least 3, i never let the twins play unattended incase they hurt each other, or hurt themselves, i make sure they are allways being watched by me or someone else so that they stay safe.  My son (6) is pretty sensible and has been allowed to use scissors for about a year now, he understands that he has to be careful with things, he also makes his own sandwiches and could make his own toast until the toaster blew up and now we use the grill in the oven to make toast as i considered buying another toaster a waste of money on an unneccesary gadget!
My other children are pretty competant at everything, they can all cook and have been doing so since around the age of ten,( i didnt really let them do much in the kitchen before then) ive not really taught them they just watch me and get on with it, i dont like them doing it unless im around though, get paranoid about them leaving the gas on and stuff!
Ill have a rethink about the fire, as i would love an open fire this winter, this old house gets very cold and im a bit of a scrooge when it comes to putting the radiators on, i make everyone dress in an extra layer of clothes rather than sit in front of radiatiors!!

For all your woolly needs!!

Yes, the 'other people' thing is a really good point. As you say, willowwarrior, I'm happy to ahve other people's kids over to ours but surprised at how easily people let their kids come unsupervised to people's houses who they don't know from Adam!

I think there's a distinction to be made between dangers that the childre learn to negotiate for themselves, such as scissors, kettles etc, and the dangers that carry an element of unpredictability due to other people being involved, such as traffic. 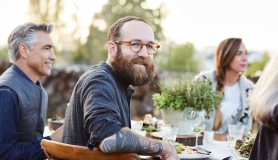 The UK’s only telecoms co- operative 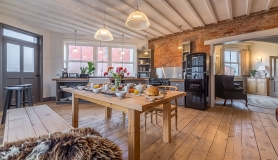 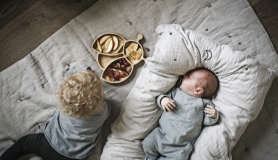 Eco gifts for little ones you'll love too!

Eco gifts for little ones you'll love too! - More... 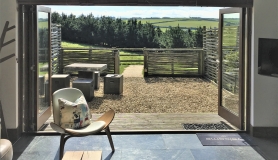